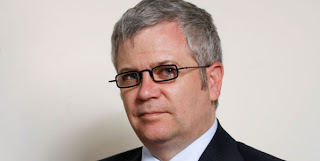 Our friend and colleague Ron Slye (above) has just resigned from the Kenyan Truth, Justice & Reconciliation Commission effective November 1. In our prior coverage of the Commission (here and here), we noted the emergence of a controversy over the President of the Commission, who is implicated in events within the purview of the Commission but has refused to step aside. Eight Commissioners of the TJRC petitioned the Chief Justice to constitute a Tribunal to assess the allegations raised against Bethuel Kiplagat. Ron cited the lack of support from the government and the unresolved Kiplagat issue as grounds for his resignation:

I have been willing to remain with the Commission so long as I felt that I could make a meaningful contribution to the work of the Commission and, more importantly, the general project of furthering truth, justice, and reconciliation in Kenya. I no longer feel that my continued stay at the Commission contributes effectively to either. ...

I fear that under the leadership of a person that has already prejudged the issue of Government involvement, the Commission will have a difficult time discovering the truth of this and the many other human rights violations that were allegedly committed either by the Government or with Government support, knowledge, or complicity. 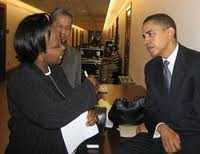 Ron, who is a Professor of Law at the Seattle University School of Law and an Honorary Professor of the University of the Witwatersrand, is the second commissioner to leave the truth body after Betty Murungi (right) resigned in April.

A spokesperson indicated that the work of the TJRC would continue.
by Beth Van Schaack at 9:29 PM

Thanks for highlighting this. Here is a link to the full statement I released which sets forth some of the reasons that led me to resign.