A new casenote on the 1st-ever judgment of Africa's human rights court caught my eye: 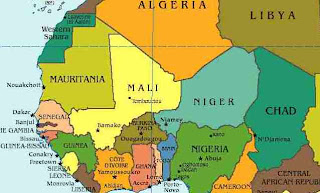 Thus were the moonwalk words of Neil Armstrong paraphrased (in French) -- to indicate mixed sentiments about that 1st judgment -- by author Guy-Fleury Ntwari, a doctoral student at the Centre de Droit International at France's Université Lyon 3 Jean Moulin as well as a law school instructor in Burundi.
In his Note sur le premier arrêt de la Cour africaine des droits de l'homme et des peuples, published last month in the African Journal of International & Comparative Law, Ntwari analyzed the decision in a case in which a man from Chad, Michelot Yogogombaye, complained of a statute by which Senegal withdrew criminal proceedings against former Chadian dictator Hissène Habré, who for many years has lived in exile in Senegal's capital, Dakar. Yogogombaye asserted that the law violated rules, in national and international law, against nonretroactivity.
In a decision issued on December 15, 2009 (as Beth Van Schaack then posted), the court rejected the application, ruling that Senegal had not acceptance the court's jurisdiction over individual petitions.
Ntwari's note acknowledged that the decision interposed a legal bar to individual actions. Yet Ntwari found it significant that the court had ruled on personal jurisdiction grounds. This left open a "liberal approach" with respect to similar complaints brought through other paths, such as a state v. state application.
Moreover, Ntwari viewed the decision as part of an accumulation of matters against Habré, sometimes called "Africa's Pinochet" on account of the brutality of his reign in Chad. Other cases are pending before:
► Senegalese national courts;
► The International Court of Justice, in Questions relating to the Obligation to Prosecute or Extradite (Belgium v. Senegal), now in the pleadings stage; and
► The Court of Justice of the Economic Community of West African States (which heard argument in the case this past summer), a court about which we've previously posted here and here.
Ntwari looked forward as well to the potential of a fused court -- that is, one that would, if sufficient states parties ratify a treaty now open for signature -- join the work of the African human rights court with that of the African Court of Justice. Uncertainty in that regard affects the work of the current court.
by Diane Marie Amann at 6:00 AM