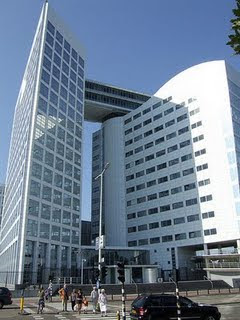 Notwithstanding the rapprochement between the United States and the International Criminal Court set out in yesterday's post, domestic legislation dating from the Bush Administration prohibits most forms of U.S. cooperation with the Court absent specific waivers or other contingencies.

The legislation in question is the remnants of the American Service-Members' Protection Act of 2002 (ASPA). The ASPA—enacted a month after the Rome Statute of the ICC entered into force—is a product of the initial hostility of the Bush Administration toward the Court, as symbolized by the May 6, 2002, retraction of the United States’ signature on the Rome Treaty. In its original incarnations, the ASPA contained a number of provisions aimed at limiting both U.S. involvement with the Court and the exposure of U.S. or allied citizens to prosecution before the Court. In particular, much of the original ASPA was geared toward intimidating potential ICC states parties by threatening to withhold various forms of international aid unless they entered into an Article 98 agreement not to transfer U.S. citizens to the Court. For a list of extant Article 98 treaties, see here.

The Bush Administration’s second term witnessed a moderation in attitude toward the Court. In keeping with this evolution, the ASPA’s punitive provisions began to be significantly dismantled, by either congressional repeal or non-renewal, starting in 2006.
Although the ASPA has largely been declawed, other aspects of the legislation remain in full force. Most importantly for the question of state cooperation, the ASPA continues to prohibit many forms of cooperation with the Court by U.S. courts, state or local government entities, and in some cases federal agencies and personnel (22 U.S.C. §§ 7423-7425). Forms of prohibited cooperation include:

Even information-sharing is prohibited. The President must ensure that appropriate procedures are in place to prevent the direct or indirect transfer of not only classified national security information, but also any law enforcement information to the Court or to a party to the ICC Statute (§ 7425). In addition, the legislation bars U.S. government entities from providing any support to the Court (§ 7423(e)). “Support” is broadly defined in the legislation as

assistance of any kind, including financial support, transfer of property or other material support, services, intelligence sharing, law enforcement cooperation, the training or detail of personnel, and the arrest or detention of individuals (§ 7432(12)).

The result of these provisions is that the Court is deprived not only of U.S. support and assistance, but also of U.S. training and expertise. Under certain circumstances, the President is entitled to waive the provisions barring cooperation and the transfer of information to the 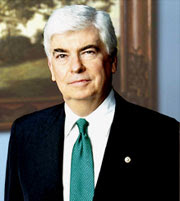 Notwithstanding all these particular limitations, the statute also provides that the United States is not prohibited from participating in international efforts to bring to justice certain foreign nationals (including Osama bin Laden, Saddam Hussein, Slobodan Milošević, and members of al Qaeda) and

other foreign nationals accused of genocide, war crimes or crimes against humanity,

thanks to an amendment proposed by Senator Christopher Dodd (D-CT) (§ 7433) (right). It is unclear to what extent the Dodd Amendment trumps other more restrictive elements of this legislation.

Given that the coercive aspects of the ASPA are no longer in force, repealing or scaling back the anti-cooperation aspects of the ASPA should be a high priority for the Obama Administration.
Short of total repeal of the ASPA, Congress could be encouraged to make surgical amendments to the legislative scheme to curtail its over-broad elements. Some suggestions:

A risk inherent to seeking legislative reform is that it may result in the return of ASPA’s more restrictive provisions, or a weakening of the modus vivendi provided by the Dodd Amendment. Accordingly, so the timing of any such effort should be carefully considered to ensure Congress’s receptivity to cooperating with the Court.