Write On! Thematic Investigation and Prosecution of International Sex Crimes 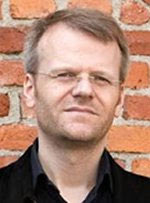 Our colleague Morten Bergsmo (left) has passed along a call to papers for a conference on "Thematic Investigation and Prosecution of International Sex Crimes" to be held in Cape Town on March 7-8, 2011 under the auspices of the Forum on International Criminal and Humanitarian Law.

This event follows on a seminar being held this week at Yale University on "Proving Sex Crimes," as we discuss here. The Forum, which is under Morten's direction, seeks proposals addressed to the following topics:

International sex crimes were first investigated and prosecuted in a systematic manner by the ICTY through the so-called 'Fo?a cases' (referring to Foca Municipality in Bosnia and Herzegovina). The Tribunal used a default strategy of 'thematic prosecution': that is, it gave at least initially the international sex crimes priority over other crimes, including more serious crimes such as killings. This was considered necessary by the ICTY Office of the Prosecutor in order to focus adequate resources to build complex and time-consuming cases. It was done as an exception to the standard approach which is to consider the totality of crimes first - including possible sex crimes - and when that is done, proceed to prioritize those crimes that are most serious overall. Thematic prosecution of sex crimes, on the other hand, entails that these crimes are singled out and prioritised for investigation and prosecution, even if that means that there may not be enough resources to investigate murders or other serious crimes that do not involve sexual violence. The ICC has later used thematic prosecution for the recruitment and use of child soldiers.

A reasoned justification for thematic prosecution of core international crimes - in particular sex crimes - has not yet been developed. This is a serious lacunae insofar as the practice of thematic prosecution is potentially controversial. It is easy for criminal justice officials worldwide to insist that the most serious core international crimes must be prioritised for investigation and prosecution, whether before international or national criminal jurisdictions. Most criteria for the prioritisation of cases place decisive emphasis on the gravity of the crimes. Regrettably, contemporary armed conflicts are still characterised by many killings, normally many more than the criminal justice systems concerned can process. Murder is widely considered more grave than sex crimes and torture.

Against this background, the seminar seeks to address the justification for why criminal justice officials can prioritise the investigation and prosecution of international sex crimes. The seminar will also consider the related questions of whether there should be thematic jurisdictions for international sex crimes (special courts or chambers), whether there should be special investigative and case preparatory institutional capacity for such crimes, or other forms of special measures to facilitate such investigations and prosecutions.

If you would like to present a seminar paper that would contribute substantially to the analysis of these questions, please send an abstract and your curriculum vitae to info@fichl.org by 20 November 2010.