Back in the Spring I began posting ad hoc lists of Black women who teach international, comparative, foreign, immigration, refugee, and asylum law at United States law schools in response to a friend’s inquiry. Part of IntLawGrrls “Experts at Law” series, the earlier posts can be found here.

African-American, African, and African-descended women have made important strides in all aspects of internationalism since the days of the international foremothers depicted in IntLawGrrls' pages. Some early examples appear in A Retrospective: Blacks in U.S. Foreign Policy, edited by yours truly, IntLawGrrl Hope Lewis (TransAfrica Forum, 1987) (a historical photo essay available for download here and here).
The list is growing, and, one hopes, will continue to do so as a result of increasing attention to diversity in hiring, course assignment, and promotion practices as well as growing African-American interest in international law. See Professor Henry J. Richardson, III’s recent book analyzing the early history of such links, The Origins of African-American Interests in International Law (Carolina Academic Press, 2008).
Thanks to colleagues far and wide for their suggestions. 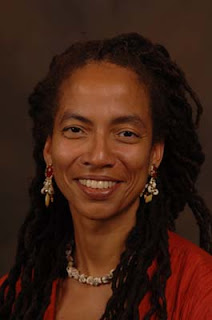