Centre for women's law in Africa

(Delighted to welcome back alumna Bonita Meyersfeld, who contributes a 2-part series of guest posts on international law in Africa. Part 1 is below; Part 2 is here.) 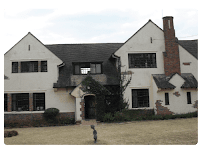 I recently attended a workshop at the Southern and Eastern African Regional Centre for Women’s Law (right). Primarily a postgraduate teaching and research institution, SEARCWL focuses on issues related to women’s multiple interconnections and intersections with the law in all its pluralities. It’s run by Professor Julie Stewart (below left) of the Faculty of Law at the University of Zimbabwe.
Among the Centre’s features is a Masters in Women’s Law programme which focuses on using a human rights compliance and implementation framework to assess, promote, implement, and conduct research on the rights of women’s and girls.
I was amazed at the quality of work being done and the far-reaching impact of each student’s work. Each research project was intellectually sound, academically consistent with international developments and grounded in principles of international law.
I came away with a sense that the work being done in this small location in the heart of Harare will probably have some of the most important impacts in bringing international human rights law theory to communities in Africa. Above all, because it is 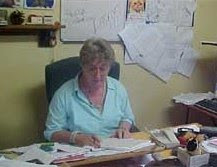 based on a ‘grounded theory of research’ which challenges assumptions in an honest and liberating way, the work being done at SEARCWL really does have the potential to change the application of laws to women’s lived experiences. Topics include:
► Political rape against supporters of a certain political party in Zimbabwe;
► Deficiencies in the prosecutions of gender crimes at the International Criminal Tribunal for Rwanda, a study being undertaken by an ICTR prosecutor;
► Women’s access to water in the “grabbed” land in Zimbabwe; and
► The experience of women in and after ethnic killings in 2007 in Kenya. (prior IntLawGrrls posts available here)
The Centre hosts some of Africa’s finest developing academics, and is a source of scholarly work which integrates the advancing academic theories in international law with the communities that international law academics often theorise about but never actually meet.
Specifically:
► In teaching, researching, reforming, and implementing human rights, law reform and laws as they affect women, the Centre seeks to undertake a holistic examination of all aspects of a problem. Each and every piece of research undertaken must examine the human rights implications of the problem; it must examine the constitutional and legal implications within the laws of the country being researched. A gender perspective (and not a women’s perspective) must be a fundamental part of the research plan, including an analysis of how men and women are affected by the conditions surrounding the identified problem.
► All and any research conducted under the Centre's auspices must be grounded in the realities of the lives of people. To this end, the Centre works on developing theory and methodology in tandem. The best illustration of this is the research and theorizing cycle, which helps students to see where they fit into the intellectual processes, but which also informs how they should move forward in any research process. This is illustrated by the diagram below.
► Most research adopts the international and regional human rights frameworks. Local constitutions and national laws are evaluated for compliance. This framework also allows for comparison between countries in the region and internationally.
The Centre sees nothing exceptional in what it does. It views itself, rather, as using the various capacities of human rights, from aspiration to litigation, to drive forward benefits for women and girls while recognizing the needs of men and boys. In so doing, it tries to build synergies that positively benefit both sexes and both genders.
In tomorrow's post, I will set forth projects through which the Centre endeavors to achieve these goals.

by Bonita Meyersfeld at 6:11 AM