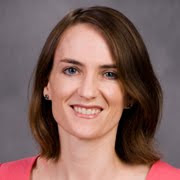 I just spent the last couple of days participating in a very interesting conference at the University of South Carolina organized by Prof. Cinnamon Carlarne (pictured left), who also has recently published a thoughtful book with Oxford University Press that compares U.S. and European climate change law. She brought together a geographically diverse group which included people from multiple disciplines in academia and from practice to analyze how to make progress on climate change in the current climate. The conference was organized by legal scale (international, national, regional), but each panel was also designed to analyze the issues at its level of governance in interaction with other levels. The conversation additionally included very interesting informal break-out sessions that brought together the speakers and participants to discuss cross-cutting issues of interest.
The conference modeled the kind of dialogue that is needed to move things forward on climate change. It grappled with the deeply intersectional nature of the problem and law’s interaction with it. And to have this dialogue in South Carolina--a state that faces complex issues around both mitigation and adaption in a region that grapples with both at-risk coastlines and strong anti-regulatory sentiments—was particularly compelling. Congratulations Cinnamon!
by Hari M. Osofsky at 12:52 PM