Developments in Kenya: Truth Commission Process Back On 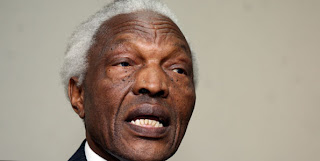 On the eve of the resignation of our colleague Ron Slye from the Kenyan Truth, Justice & Reconciliation Commission (TJRC) (see prior posts here, here, and here), the former Chair of the Commission, Ambassador Bethuel Kiplagat (left), has finally stepped down from the Commission to face allegations of potential conflicts of interest with the work of the TJRC. In addition, the Kenyan Chief Justice has finally established a five-person special tribunal in order to investigate these issues.

In light of these two developments, Professor Slye has withdrawn his resignation. In a statement, released today, he wrote:

The decision of the Chairman to step aside has restored some of my faith in the ability of the Commission to succeed. It is no means certain to me that it will. The lack of financial and other support to which I referred in my earlier statement still exists. I do believe, however, that with the Chairman’s decision to step aside, there is the possibility that the Government of Kenya and others will step up and provide the Commission with much of the support that it needs.

It is for these reasons that I announce that I am withdrawing my intention to resign from the Commission. In so doing I do not mean to imply that the Commission has overcome all of the hurdles facing it. I do believe, however, that with the hard work and dedication of the remaining Commissioners and staff, the Commission has a fighting chance to fulfill the important mandate entrusted to it by the people of Kenya.

As lingering concerns, Professor Slye noted that the Kenyan government has still not provided the Commission with the resources it needs to accomplish its mandate. As such, he urged the government as well as the donor community and civil society to support the work of the TJRC, because

For it is only by facing squarely the misdeeds of the past that a future of respect for the rights of all Kenyans can be ensured.