Beyond the ICC: Addressing Sexual Violence in Kenya

(My thanks to IntLawGrrls for the opportunity 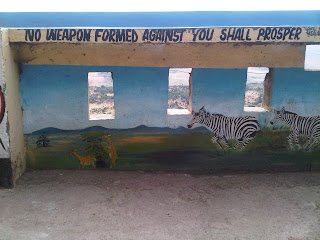 Last week, two very interesting things happened in the world of accountability for sexual violence.
► First, Luis Moreno-Ocampo, the Prosecutor at the International Criminal Court, requested that six high-ranking Kenyans present themselves to The Hague. He charged three of the six with organizing and inciting political strife – including sexual violence – in the wake of Kenya’s 2007 general election.
► Second, the U.N. Security Council passed Resolution 1960 (2010), condemning sexual violence in zones of conflict and political unrest. This new resolution on women and peace and security calls for, among other things, commanders in armed conflict to explicitly prohibit sexual violence by their subordinates. It also requests support of civil society groups to coordinate resources, information, and efforts relating to widespread sexual harm.
This pair of events reminds me of Kenya, where I spent the month of October, speaking with government and civil society leaders about the problem of impunity for sexual violence.
Kenyan lawyers, parliamentarians, hospital staff, and grassroots advocates assured me that the problem is great – both for the politically motivated rapes of 2007-2008 and for cases of sexual violence in general. (above photo: mural on wall overlooking the Rift Valley, which suffered greatly during the post-election violence)
For example:
In early 2008, the Nairobi Women’s Hospital Gender Violence Recovery Centre alone handled nearly 700 cases of election-related sexual attack. Fully 90% of the rape cases reported involved multiple perpetrators. Several victims were children. A few cases of male victimization were also reported – mostly in the f

orm of forced circumcision of men and boys from the Luo ethnic group, which does not practice circumcision. Depending on their ethnic loyalties, police had stood by and watched. Some police even participated.
Three years later, not one of these attackers has been convicted.
As one survivor was quoted in the report available here:

'[We] meet our perpetrators every other day, they are our neighbors. It’s tough knowing that they are still very safe from the arm of the law.'

Meanwhile, findings of the 2003 Kenya Demographic and Health Survey revealed that 44% of married, divorced, or separated women ages 15 to 49 reported had experienced physical or sexual abuse at least once by their husband or partner. Of these women, 29% had suffered such harm in the past calendar year.
The Nairobi Women's Hospital, which sees hundreds of survivors of sexual assault every year, estimates that one person is raped every thirty minutes in Kenya.
Perhaps surprisingly, Kenya has the legislation it needs to prosecute sexual violence in both scenarios.
Kenya has had a Sexual Offences Act in effect since 2006. In 2008, when the government commission inquiring into the post-election strife confirmed that politically motivated rapes had occurred, it specifically urged that the 2006 Act be fully implemented before the 2012 elections. Later that year, the Kenyan legislature passed the 2008 International Crimes Act, enabling domestic prosecution of international crimes like widespread, politically motivated rape.
There are signs of progress on the ground, as well.
For example, a few police stations have set up “gender desks” to provide specialized response, while Kenya’s health ministries drafted new guidelines for health professionals handling sex assault cases. Civil society groups have launched rights awareness campaigns about the Sexual Offences Act. A government task force was even created to oversee the Act's implementation.
Still, lack of political will, resources, and linkages cripples progress:
► Many police, doctors, even judges are still unfamiliar with the 2006 law.
► The few existing police “gender desks” are frequently unstaffed.
► Victims cannot access counseling or protection.
► Investigative procedures remain weak, and the government forensics lab is under-resourced to the point of being nonfunctional. 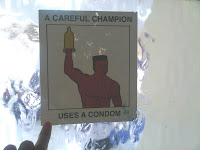 Civil society efforts have been valiant, but need coordination and government support. (photo at left: poster on wall at the Gender Violence Recovery Center at Kenyatta National Hospital)
A critical but missing step is dialogue and coordination among stakeholders – urban and rural, medical and legal, government and non-government. In response, the Sexual Violence & Accountability Project that I direct at the Human Rights Center, University of California, Berkeley, School of Law, has agreed to facilitate a workshop in Nairobi in 2011. Our aim is to bring key actors together to improve and coordinate response to sexual violence. We hope not only to create a space to troubleshoot implementation of the 2006 Sexual Offences Act, but also to brainstorm ways to increase capacity to handle widespread, politically motivated rape -- in time for the 2012 elections.
Of course, the question remains as to what to do about the mass rapes of 2008.Certainly, the ICC has kept sexual violence in its crosshairs as it pursues the architects of Kenya’s post-election violence. But the reach of the ICC is limited to persons with “greatest responsibility” for crimes within its jurisdiction.
How will Kenya sweep up lower-level perpetrators?
Kenya’s International Crimes Act, domesticating Rome Statute provisions regarding sexual violence, is not retrospective. Accordingly, it can’t be used to prosecute lower-level perpetrators of 2007-2008 crimes. Demands for a domestic tribunal received no traction. And as detailed in IntLawGrrls posts available here, Kenya’s Truth, Justice, and Reconciliation Commission is still struggling to legitimize itself after a birth marked by allegations of corruption and lack of confidence.
No one seems sure of what comes next.
For our part, we’re taking our cues from colleagues in Kenya and standing by to support in whatever ways they ask. In the meantime, the words of one Kenyan woman – recounting her country’s two most recent elections – is stuck in my head on replay: