The European Court of Human Rights on Abortion in Ireland 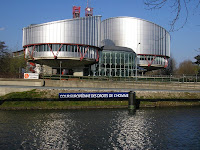 This morning in A, B & C v Ireland the European Court of Human Rights held that Ireland’s failure to regulate how women can exercise the limited constitutional right to an abortion violates the European Convention. The Court did not extend the right to an abortion any further than the Irish Supreme Court itself had done in 1992 but the release of the judgment has created renewed momentum around the issue. As a general matter, abortion is illegal in Ireland and Article 40.3.3 of the Constitution provides “The State acknowledges the right to life of the unborn and, with due regard to the equal right to life of the mother, guarantees in its laws to respect, and, as far as practicable, by its laws to defend and vindicate that right”. That opens up limited exceptions allowing for abortion, the extent of which was decided by the Supreme Court in the tragic circumstances of Attorney General v X in 1992.
X—a teenage girl—had become pregnant as a result of rape and was suicidal. It was decided that she would travel to England for an abortion. Attempts to prevent this culminated in a Supreme Court case. The Court held that the Constitution allows for abortion where there is a “real and substantial risk” to the life (although not the health) of a pregnant woman, including from suicide. Some 18 years later there has been no regulation of this right and we still have no system of determining whether abortion is lawful in particular cases.
The decision handed down today in A, B & C is really quite limited. Unless there is a risk to the life of a pregnant woman there is no right to an abortion in Ireland; rather being permitted to travel for an abortion is enough to satisfy the Convention. However, where there is such a risk to life (and, as a result, there is a constitutional entitlement to an abortion), there must be a coherent legal framework in which entitlement to an abortion can be determined.
Thus, the Court does not extend the right to abortion beyond what had already been recognised within the Irish Constitution itself; neither does it say there is a “human right to abortion”. That should immediately put any claims of ‘European interference’ to bed. In fact, the judgment is extremely respectful of the Irish position and recognises that the extent to which any country allows for an abortion is a matter in which that country is entitled to a significant degree of discretion. That does not mean, however, that the case will not result in controversy in Ireland.
Abortion remains a deeply contentious social issue here. With a general election forthcoming, the case has already reignited the national debate and the question of what any new government might do to respond to it may well become a dominant theme in the campaign. This is especially so because, if Ireland is to comply with the Convention, we now have two choices: either have a constitutional referendum to remove this limited right (or, although unlikely, to extend it) or regulate the right as recognised in the X Case. Either choice will cause social division, although a referendum would in all likelihood create a greater social rupture.
What is abundantly clear now is that the situation cannot reasonably remain as it is. Since 1992 doctors have operated under what the Court called the “chilling effect” of the regulatory vacuum and women whose lives are at risk have found it practically impossible to exercise their constitutional right to elect for a termination. That this situation has persisted for 18 years is an abject failure of Irish politics; if it continues following the General Election it will further reinforce the unwillingness of Irish politicians to finally confront one of Ireland’s most persistent social and legal controversies.

There is more commentary, including from IntLawGrrls alum Máiréad Enright, on Human Rights in Ireland.