Imagine if 2010 hadn't been the Year of Biodiversity

A failure to protect the world's natural resources is a wake-up call for people everywhere.

The IUCN Red List (prior IntLawGrrls posts here, here, and here) reported that 1/5 of vertebrate species, ranging from 13% of birds to 41% of amphibians, are threatened with extinction. A similar report by the Kew Royal Botanical Gardens suggests that one-fifth of plants are similarly threatened. This is terrifying! As the Millennium Ecosystem Assessment documented, biodiversity is the foundation on which human life depends.
In 2002, the Convention of the Parties to the Convention on Biological Diversity adopted the Strategic Plan for the Convention on Biological Diversity. The Strategic Plan set what's come to be known as the 2010 Biodiversity Target -- a commitment by the 191 parties to the Convention to

achieve by 2010 a significant reduction of the current rate of biodiversity loss at the global, regional and national level as a contribution to poverty alleviation and to the benefit of all life on Earth.

This biodiversity target was subsequently endorsed by the World Summit on Sustainable Development, the United Nations General Assembly at the 2005 World Summit Meeting, and was incorporated into the Millennium Development Goals. These developments marked an official international recognition that biodiversity loss is closely associated with environmental degradation, poverty and ill-health. This prompted the General Assembly to declare 2010 the International Year of Biodiversity.
Unfortunately, the Convention of the Parties acknowledged earlier this year that it had failed to meet the 2010 Target for halting the losses of biodiversity. The European Union similarly missed its targets. The Global Biodiversity Outlook reports deforestation continues at an alarming rate, coral reefs show major declines, and abundance has plummeted for many species. This is not to say there have been no successes. 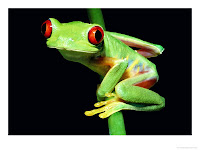 At the Cancun meeting earlier this month, delegates were cheered that Brazil announced it had reduced tropical rainforest destruction and CO2 emissions to record low levels, and that some species, mostly charismatic macrofauna, have shown signs of recovery. As the IUCN Red List reminds us, the news is not all grim. For the first time, scientists have documented that conservation can really make a difference in stemming biodiversity loss. There is still hope. But, the time for action is now!
by Rebecca Bratspies at 6:00 AM