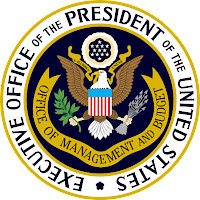 The response of the White House's Office of Management and Budget to the latest WikiLeaks document dump gives us a peek both into the sometimes surreal standards for dealing with information that the executive branch deems to be classified, and at the fear-mongering some government officials are engaging in.
According to CNN, on December 3rd, OMB instructed executive branch agencies to notify all government employees and contractors that they should not view any documents that are marked as classified using their work computers that access the web via non-classified government systems.
OMB distinguished “documents that are marked classified” from “news reports . . . that . . . discuss the classified material.” Employees can use non-classified government systems to access news reports that include classified information, but must not use those systems to access the classified documents themselves. This distinction might seem silly to an outsider, but the government imposes special security measures for its computers that store classified documents, and takes pains to ensure that its computers without these security measures do not have any classified documents. This system of segregating classified documents is complicated and costly. But so far, so good.
OMB also suggested (somewhat ambiguously) that federal employees and contractors without the proper clearances and the "need to know" the information should not access Wikileaks' classified information. Specifically, OMB stated:

'Federal employees and contractors shall not access classified material unless a favorable determination of the person's eligibility for access has been made by an agency head or the agency head's designee, the person has signed and approved [a] non-disclosure agreement, [and] the person has a need to know the information . . . .'

(Here and in quotes below, italics added.)
At least one agency has gone further, asserting that government employees -- and prospective employees -- should not access WikiLeaks classified documents even from their home computers.
According to Democracy Now, the State Department instructed employees of the U.S. Agency for International Development as follows:

'Accessing the Wikileaks web site from any computer may be viewed as a violation of the SF-312 agreement.'

According to the SF 312 (a non-disclosure agreement), violation can result in termination of a security clearance and employment.
The State Department memo also warned USAID employees:

'Any discussions concerning the legitimacy of any

documents or whether or not they are classified must be conducted within controlled access areas (overseas) or within restricted areas (USAID/Washington)... The documents should not be viewed, downloaded, or stored on your USAID unclassified network computer or home computer; they should not be printed or retransmitted in any fashion.'

In other words, just accessing the WikiLeaks website from a home computer could result in the loss of a security clearance and job.
Steven Aftergood, Director of the Federation of American Scientists Project on Government Secrecy -- a transparency activist who has been critical of WikiLeaks -- characterized the State Department memo as "insane."
It is not at all clear how accessing the WikiLeaks documents on a personal home computer would constitute a violation of an agreement not to disclose classified information. On the other hand, the SF 312 asserts that

'unauthorized retention . . . of classified information by me could cause damage or irreparable injury to the United States or could be used to advantage by a foreign nation.'

This does not appear to be a one-off mistake by an overzealous State Department official. At least one government contractor has similarly warned its employees:

'Reviewing information on WikiLeaks or subsequent disclosures is strictly prohibited. ... [P]ersonnel are prohibited from accessing WikiLeaks whether on company-issued or on personal equipment.'

The fear-mongering applies not just to contractors but also to prospective government employees.
Democracy Now reported that the Office of Career Services at Columbia University's School of International and Public Affairs told its students that an alumnus working at the State Department

'recommends that you DO NOT post links to these documents nor make comments on social media sites such as Facebook or through Twitter. Engaging in these activities would call into question your ability to deal with confidential information, which is part of most positions with the federal government.'

'[t]he documents released by Wikileaks remain classified; thus, reading them, passing them on, commenting on them may be seen as a violation of Executive Order 13526, Classified National Security Information. See Section 5.5 (Sanctions).'

'DO NOT post links to the documents or make comments on any social media sites.'

Are these just over-reactions by people who are not familiar with the government's information security standards?
Or do these warnings reflect a concerted effort to prevent Americans from accessing and discussing the WikiLeaks documents that are now available on the web?
I hope that someone in government will provide some clarification -- and some sanity -- on this issue soon.
by Kathleen Clark at 5:11 AM

I've come across many posts across the media which qualify wikileaks release as a Big Brother watching, now over the govt. But one thing to really emphasise upon is, that the govt, supposedly democratic and accountable to people should technically have no secrets from the very people who got it elected. May sound simplistic, however, I don't mean to say that there is no merit in State arguments against the Wikileaks release, but the benefits of such a release far outweigh the dangers, for us, the people of the world, by making us think, in the larger picture- What is really the purpose of a nation-State?

It seems that China has bought everything in the U.S. including the government.