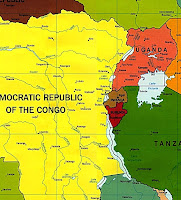 On this day in ...
... 2005 (5 years ago today), Armed Activities on the Territory of the Congo, the caption given a dispute between the Democratic Republic of Congo and Uganda, was issued. In this judgment the International Court of Justice decided, inter alia, that Uganda violated principles of non-use of force and non-intervention by acting militarily on Congolese territory and by supporting rebels. It also found Uganda responsible for breaching obligations under international human rights and international humanitarian law on account of the killings, torture, and other abuse that its troops committed against Congolese civilians, and its own failure to put an end to such crimes. In addition, the ICJ determined that Congo violated its Vienna Convention on Diplomatic Relations obligations toward Uganda on account of attacks that Congolese troops committed at Uganda's embassy in Kinshasa. Each country was held to owe reparations to the other.
(Prior December 19 posts are here, here, and here.)
by Diane Marie Amann at 4:04 AM