Aging as a Feminist Concern 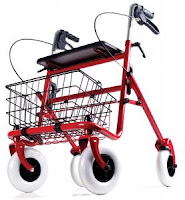 I’ve spent the past few days at a Feminism and Legal Theory Conference on Aging as a Feminist Concern, organized by Martha Fineman at Emory (pictured below near right). The conference was designed to encourage feminist legal theorists to develop further transformative theories about aging. We called attention to the parallels between negative stereotypes about older adults and women. Moreover, the growing population of older women raises distinct issues of caretaking whether the older woman is serving as caretaker or as the care recipient.
Although many of the participants have focused on US domestic aging issues, we’ve also learned about Housing Equity and Older Owners in the UK, Pensions and Unpaid Work in Canada, and The Invisibility of Older Women’s Experiences of Inequality in Irish Discrimination Law. A few issues have pervaded the entire discussion, including the vulnerability of older women, regardless of where they live, the question of whether older people should be treated differently (as with laws targeting elder abuse) or whether law should be more universally focused, and the comparative lack of attention to, and action about, gender and aging. Many participants reported that students are not particularly interested in courses of particular relevance to this area.
Even with attention, the situation remains difficult. For example, as Freya Kodar (Victoria

) and Claire Young (British Columbia) (pictured far right) reported, in Canada, there has been some examination at the national level of women’s financial status as they age, 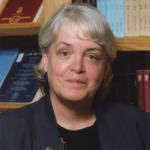 with women constituting a disproportionately high number of those in poverty at age 65 or older. One issue has involved retirement benefits. The primary sources of such income involves attachment to the paid labor market. Canada has three different pillars for financial security for older individuals: Old Age Security; defined benefit plans funded by payroll deductions; and supplements through private plans. In 2009, the House of Commons Standing Committee on the Status of Women examined the gender impact of pension benefits. It found a gap in retirement income for men and women, due in part to women’s unpaid caregiving work. Nonetheless, the report and its recommendations have languished.
We’re hoping that this conference stimulates more attention and discussion to these issues domestically and internationally.