(Delighted to welcome back alumna Laurie Blank, who contributes this guest post) 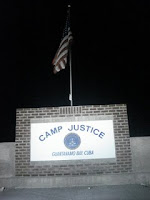 As Professor Amos Guiora and I argue in "Don’t Deny Detainees Their Day in Court," an op-ed published a few days ago in the Los Angeles Times, the idea that every person deserves his or her "day in court" is a fundamental principle in the United States and many countries worldwide. Yet more than nine years after 9/11, the United States rem 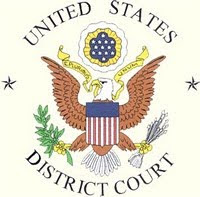 tention in these circumstances is a square peg in a round hole and completely undermines the basic notion of individual accountability, thus constituting a fundamental miscarriage of justice. The United States, uncertain whether the detainees are criminals or more akin to fighters in an armed 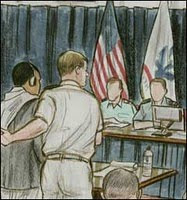 conflict, must still grant them the basic right to a day in court. Without that, individual accountability is simply eliminated, effectively saying that the adjudication of individual liability is burdensome, perhaps even irrelevant.
This is not the American way; rather, it is a repudiation of American values. Whatever method of trial one prefers – civilian courts, national security courts, or military commissions, the time has come to decide and adjudicate.
by Laurie Blank at 6:00 AM