Disappointing decision on abortion in Ireland 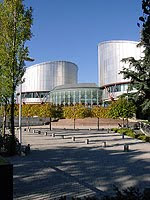 (Delighted to welcome back alumna Máiréad Enright, who contributes this guest post)

Over at the Human Rights in Ireland I have assembled a series of 'rapid responses' by five Irish feminist scholars to the recent judgment in A, B & C v. Ireland (December 2010), in which the European Court of Human Rights (right) ruled that Ireland’s failure to regulate how women can exercise the limited constitutional right to an abortion violates the European Convention. IntLawGrrls Fiona de Londras discussed the judgment as soon as it was issued, on this blog here. The responses that I have compiled critique the judgment and aim to place it in its broader legal context.
► Dr. Lisa Smyth, a sociologist at Queen's University Belfast, argues that the judgment in A, B & C signals a 'downgrading' of the abortion issue in Ireland: the shift from widespread moral to detailed legal argument signals the changed significance of this issue, once imagined to capture the essence of Irishness in the face of a history of colonisation and an imagined future of increasing European liberalisation.'
► Dr. Brenda Daly of the School of Law and Government at Dublin City University explains why the judgment will almost certainly drive the Irish government to legislate to regulate access to life-saving abortions.
► Dr. Mary Gilmartin (below left), at the Department of Geography, National University of Ireland-Maynooth, notes that the judgment leaves the status quo untouched as it concerns women whose lives are not placed at risk by pregnancy. She writes that

'the Court is following decades of practice in Ireland – from the forced emigration of pregnant women in the mid twentieth century to the ‘right to travel’ of the 1990s – where mobility has become an expedient way of addressing the vexed question of women’s sexuality. That mobility is still a ‘solution’ means that the broader issue of access to abortion services continues to be displaced across international borders.'

► Dr. Ruth Fletcher of the School of Law at Keele University in Staffordshire, England, sets the judgment in the context of ECHR jurisprudence and criticises it on four grounds:
►► It overstates the respect due to 'profound moral values' as a ground for limiting individual rights; 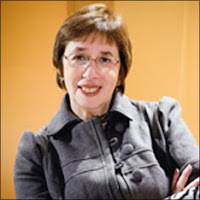 ►► It simultaneously limited the capacity of consensus among contracting states to restrict the scope of the individual state’s discretion to protect morals;
►► It did not take adequate account of health and well-being as important individual interests; and
►► The state is allowed to claim that it is meeting negative obligations to protect women’s health and well-being, by relying both on women’s resourcefulness to exit the jurisdiction and on the availability of independent, charitable services in other jurisdictions. (On this aspect of the decisions, see too the recent New York Times op-ed by American legal expert Linda Greenhouse (above right).

► Finally, Dr. Sandra McAvoy (left) of Women's Studies at University College Cork interrogates the dubious basis upon which the Court established the 'profound moral values' to which Ruth refers.
Together these pieces provide a rich introduction to the issues raised by this important, if ultimately disappointing, judgment.
by Máiréad Enright at 6:00 AM