Stronger Signals: But From Whom?
Human Rights Watch is calling on the aid donor governments of the United States and the European Union to send strong signals urging the Egyptian government to stop using violence against its own people (see press release here.) Let’s hope any such signals work. The text of a Joint UK-France-Germany Statement appears here, the text of U.S. Secretary of State Hillary Clinton’s televised interview can be read here, and Friday evening’s statement by U.S. President Barack Obama is linked here. Of course, what matters most are the strong and clear signals being sent by the Egyptian people themselves.
Fluid Situation
The remarkable events in Egypt remain fluid. Thousands of peaceful protesters are demanding democratic change. BBC reports indicate that dozens of civilian protesters have been killed or injured by live fire from police and security forces, which Human Rights Watch condemns as violations of international law.
The protests have been predominantly peaceful and the mood among many ordinary Egyptians is cautiously celebratory and hopeful for the possibility of a democratic future.
There are isolated incidents of looting, particularly in poorer areas where there is no national army presence. Some civilian watch groups are forming to protect neighborhoods.
So far, the national army, made up of conscripted Egyptians from all classes, is believed to remain “neutral.” Many protesters see the domestic police forces as allied with the presidency of Hosni Mubarak.
Beyond Information Control
Whatever “signals” are being sent internationally through diplomatic channels, the Egyptian government has impose blackouts on other means of communication including the internet and cellular access (press release.)
As previous IntLawGrrls posts indicate, information technology and social networks have been central to communication and organizing in recent popular uprisings, mass disaster response, elections monitoring, and political dissent in places like Tunisia, Algeria, Haiti, Iran, Kenya, China, and elsewhere. (See our North Africa series and our posts here, here, here, and here.) Obviously, this is equally true in Egypt.
Ironically, and even necessarily, the rise of new media is occurring just as international old media is suffering from severe budget cuts, the withdrawal of foreign correspondents, and the closure of foreign desks. See, for example, this story about budget cuts to the World Service of the BBC.
From Social Networks to Social Movements
Protesters and their relatives and friends outside Egypt used social networks like Facebook and Twitter to provide up-to-the- minute information about where to assemble and about police crackdowns. They texted, e-mailed, and used Skype to let each other know that they were safe. Smartphones recorded both peaceful events and injuries to civilians on the streets; YouTube posted the video clips. Bloggers, of course, posted everything they could get their hands on. Others stayed glued to the Al-Jazeera television network for round-the-clock visual images of the protests and abuses.
Rather than change their behavior, some governments still try to hide by blocking the internet. But, as discussed on today’s broadcast of CNN’s “Reliable Sources,” creative bloggers, tweeters, e-mailers, social networkers, and even Old School ham radio operators the world over often find ways around government attempts to silence the peoples’ voices.
Knowing About Rights
Oddly, it seems that governments never learn that people already know that they have basic rights . They may not know the names of treaties or declarations or principles. They may not know how to translate international norms into domestic constitutional provisions or state and loc 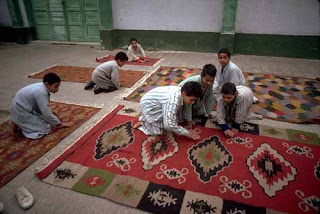 al statutes. They may not concern themselves with the best ways to balance state and private obligations or how to present legal arguments on the most effective remedies before judicial or administrative bodies. Hopefully, lawyers, judges, and legal scholars working at their direction can assist in that regard.
Still, ordinary people know when they are prevented from saying what is on their minds. They know when their children cannot attend school. They know when only certain favored classes benefit from government programs or from natural resources or job opportunities. They know when women, minorities, and children are scapegoated and mistreated. They know when an election is not really an election. They know when their homes are inadequate or non-existent. They know that they should not be beaten up, tortured, abused, raped, or shot.
Lawyers and human rights activists can, therefore, also work in solidarity with people to ensure that such rights are respected, protected, promoted, and fulfilled by powerful actors. This must be so not only for elites in palaces and high places in Geneva, Washington, London, and Paris, but also in small jail cells, apartments, and streetcorners in Cairo, Kingston, Beijing, Chicago, and Ciudad Juarez.
The Right to Self-determination, the Right to Know, and More
This latest version of a new social movement seems to have taken the international media and pundits by surprise. Yet the hopes and dreams of the people in the streets sound very familiar even though new and unpredictable technologies and consequences may surround them.
People throughout the region appear to be marching for the realization of the full range of familiar human rights (civil, political, economic, social, and cultural) outlined in the International Bill of Rights.
Nevertheless, I excerpt below only a few articles from the International Bill which seem to be particularly relevant to the Egyptian crisis at the moment.
Universal Declaration of Human Rights
Freedom of Opinion and Expression
Article 19
Everyone has the right to freedom of opinion and expression; this right includes freedom to hold opinions without interference and to seek, receive and impart information and ideas through any media and regardless of frontiers.
Freedom of Assembly
Article 20
(1) Everyone has the right to freedom of peaceful assembly and association…
The Right to Political Participation
Article 21
(1) Everyone has the right to take part in the government of his country, directly or through freely chosen representatives.
(2) Everyone has the right of equal access to public service in his country.
(3) The will of the people shall be the basis of the authority of government; this will shall be expressed in periodic and genuine elections which shall be by universal and equal suffrage and shall be held by secret vote or by equivalent free voting procedures.
The International Covenant on Civil and Political Rights
The Right to Self-determination of Peoples
Article 1
1. All peoples have the right of self-determination. By virtue of that right they freely determine their political status and freely pursue their economic, social and cultural development.
2. All peoples may, for their own ends, freely dispose of their natural wealth and resources without prejudice to any obligations arising out of international economic co-operation, based upon the principle of mutual benefit, and international law. In no case may a people be deprived of its own means of subsistence.
Helpful Resources on Egypt, Human Rights, and Internet Access
►Special Rapporteur on the Promotion and Protection of the Right to Freedom of Opinion and Expression (main page for UN expert)
►Egypt (Office of the High Commissioner for Human Rights country homepage)
►2009 Human Rights Report on Egypt (U.S. Department of State, 10 March 2010)
►Egypt (Human Rights Watch continuously updated page)
►"Egypt Women Blog For Their Rights" (BBC News, 18 March 2009)
►Association for Progressive Communications (coalition advocating for increased grassroots digital access)
My heartfelt thanks to Northeastern University School of Law Research Assistants Melissa Joyce and Gil Rochbert and to Northeastern University undergraduate Research Assistant Nicholas Martin.
(Photo: UN Photo. Boys working in carpet factory in Egypt)
by Hope Lewis at 8:06 AM