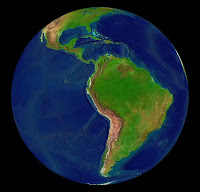 As opposed to the other so-called core crimes under international law, genocide is one of the few to be codified in the national judicial systems of most Latin American states long before the adoption of the Rome Statute system. Indeed, the codification process took place from the 1970s onwards and, in some instances, even before. As I discuss in my latest article, "An Overview of the Crime of Genocide in Latin American Jurisdictions", 10 International Criminal Law Review 441 (2010), this history generated disparities between the international and the national definitions.
In general terms, the dolus specialis -- the requisite "intent to destroy, in whole or in part," as stated in Article II of the Convention on the Prevention and Punishment of the Crime of Genocide (1948) -- is inherent to all national provisions on genocide analyzed in my article.
The deviations from the international definition thus revolve around the actus reus, understood as encompassing two other aspects of the Genocide Convention definition:
►The modalities of commission, encompassing, in Article III, genocide, conspiracy to commit genocide, direct and public incitement to commit genocide, attempt to commit genocide, and complicity in genocide; and
► The protected groups included in Article II, namely, "a national, ethnical, racial or religious group, as such."
Deviations from the Genocide Convention definition found in Latin American codes present a common feature: the enlargement of the scope of the protected groups, by including the political group and other, even more general groups.
Such a disparate outcome may be attributed, in my view, to the several decades of confrontation, in many cases amounting to non-international armed conflicts, that were experienced in various countries in Latin America. (In Colombia, the armed conflict, although reduced, is still ongoing.) Such conflicts generally involved a state policy of systematic attack against civilian populations, and in many instances against political groups. By the same token, the so-called "doctrine of national security" that served as a justification for the emergence of repressive regimes in the 1970s was politically motivated and targeted.
Jurisprudence in this area is incomplete.

Notwithstanding the fact that the most relevant Latin American deviations from the international definition refer to the protected groups, jurisprudence has not shed much light either on the underlying rationale or justification for such a deviation or on the scope of interpretation of the deviation. In this connection, my article pays particular attention to constitutional challenges that have been lodged against some of the elements incorporated in the Colombian and Bolivian provisions on genocide. Also receiving attention is a conviction for genocide rendered by the Bolivian Supreme Court (above).
In my view, understanding the status of other international offences is critical to understanding the status of genocide as it is codified in Latin America.
Crimes against humanity were generally unknown in national legislation. Arguably, this did not begin to change until the 2002. The entry into force that year of the Rome Statute of the International Criminal Court (below right) paved the way for serious consideration of the proscription of crimes against humanity in national systems. This situation may explain why some Latin American countries adopted definitions of genocide that deviated from the international standard.
Also significant is the fact that conviction for genocide has historically provoked a strong moral condemnation.
The time is ripe to reflect on the reasons behind the intention to label a particular situation as genocide, given that the codification of the ot 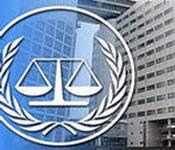 her core crimes has gained momentum.
Some consideration should be devoted to the national implementation of the Rome Statute.
In this vein, it is worth noting that the current trend on implementation in Latin America offers mixed signals as to whether states will opt:
► To maintain the enlarged scope of genocide, on the one hand; or,
► To avoid, on the other hand, perilous juxtapositions that may arise -- mainly with respect to crimes against humanity -- by creating clearer parameters between crimes.
Blending of Latin American history, of the customary aspects of crimes against humanity and its momentum of codification, and of societal perspectives towards the crime of genocide lead to a complex and challenging interaction.

by Elizabeth Santalla at 6:00 AM