(Delighted to welcome back alumna Hannah Buxbaum, who contributes this Go On! guest post respecting the annual meeting of the Association of American Law Schools, which, as Rebecca Bratspies posted, begins today and includes many IntLawGrrls speakers)

Anyone attending the AALS and looking for an international-law related program to attend first thing Friday morning might try “The Cutting Edge of Extraterritoriality” (p. xxxi). This is one of the “Hot Topics” panels on late-breaking developments. The speakers are: yours truly, Hannah Buxbaum (Indiana) (left); another IntLawGrrls 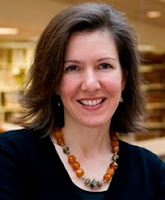 morning in the Yosemite C Room on the ballroom level of the Hilton.
Here's the program description:
How far does (and should) U.S. law reach in regulating conduct or transactions that take place overseas?
This question of the “extraterritorial” application of U.S. law arises in a wide range of contexts, including the regulation of international economic markets, human rights litigation, jurisdiction over terrorist acts abroad, and the availability of constitutional protections in connection with the “war on terror.”
In its June 2010 opinion in Morrison v. National Australia Bank, which limited the application of antifraud provisions under U.S. securities law to transactions taking place in the United States, the Supreme Court articulated an unexpectedly expansive version of the “presumption against extraterritoriality,” a rule of statutory construction. Lower courts have already applied this revamped presumption to other statutes, such as RICO.
And, as IntLawGrrls posted here and here, the U.S. Court of Appeals for the Second Circuit in Kiobel v. Royal Dutch Petroleum Co. recently addressed another issue with far-reaching implications; that is, the respective roles of national and international law in defining the scope of corporate liability under the Alien Tort Statute for human rights violations abroad.

The panelists will use Morrison as the starting point to address shifting understandings of the geographic reach of American law and the role of national law in an increasingly global system.
Hope to see you there!
by Hannah Buxbaum at 6:00 AM