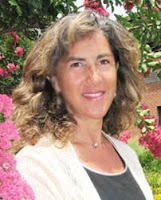 (2006), for which a Nobel Peace Prizewinner, Archbishop Desmond Tutu, wrote the foreword. Co-authoring the book (issued in paperback in 2010) with Erin was Jeremy Sarkin, the South African legal expert about whom we posted yesterday.
Erin has served as a Vice-Chair of the Young Lawyer’s Division Law and Media Committee of the American Bar Association. Earlier this month, Erin was elected the Chair of the Section on International Human Rights of the Association of American Law Schools (a position that IntLawGrrl Christiana Ochoa held a while back). In her guest post below, Erin recaps the Section's "new voices" programs during AALS' 2010 annual meeting, discusses Section plans, and welcomes suggestions for the coming year.
Erin dedicates her post to Coretta Scott King (1927-2006), about whom we IntLawGrrls have frequently posted. She was, of course, the widow of Dr. Martin Luther King, Jr. (prior posts) -- and she was also a civil rights and human rights activist in her own right. Today the United States observes Martin Luther King, Jr. Day. It is, as Erin writes, a holiday that Coretta Scott King

named in honor of her husband, but which is really a testament to her own lifelong commitment to making the world a better place through service to others and to holding up ideals of equality and human dignity, whether in the context of literacy, poverty eradication, or the rights of minorities of all kinds in the United States and abroad. She took on each new challenge with grace and intelligence and continued throughout her life to push for greater rights for all.

(source for 1984 Charles Tasnadi/AP photo of her leading a picket of South African embassy in Washington, D.C.) Today we are honored to include Coretta Scott King in our list of foremothers just below the "visiting from..." map at right.