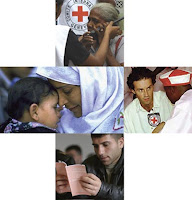 Students from several dozen U.S. and foreign law schools will descend on Santa Clara University School of Law this week for an intensive workshop in International Humanitarian Law (IHL) we are co-hosting with the International Committee of the Red Cross. This is the fifth annual such workshop.

This workshop, about which we've blogged before here and here, combines lectures and hands-on exercises. The workshop is led by legal professionals from the International Committee of the Red Cross (ICRC), lawyers for the U.S. Armed Forces and U.S. government, and law professors who specialize in IHL. It will culminate in a simulation exercise on draft legislation providing the United States with prospective legal authority to engage in law of war detention of enemy combatants. This exercise will occur in the shadow of the impending release of President Obama's Executive Order allowing for indefinite detention of some of the
Guantanamo detainees.

Topics of lectures and simulations include: 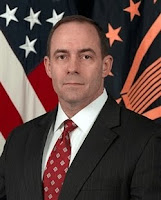 •Introduction to International Humanitarian Law
•When Does IHL Apply?
•Human Rights and IHL
•Protected Persons
•Internment/Detention
•Armed Conflicts of a Non-International Character
•The IHL/Terrorism Interface
•Implementation and Enforcement of IHL 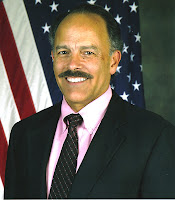 • Professor Kate Jastram, Berkeley Law (who also hosts a Teaching IHL Workshop with the ICRC for law professors) (below right).

•Lieutenant Colonel Christopher Jenks, U.S. Army Chief of the International Law Branch of the Office of the Judge Advocate General.