Nanny Exploitation: Too Close to Home 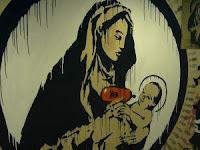 In recent months, I’ve learned of instance after instance of nanny exploitation, by and of people I know and care about – how (formerly) close (and wealthy) friends of mine paid their au pair for roughly half of the 90 hours per week she worked, at minimum wage; how the wonderful woman who cares for my own children was subjected to forced labor when she first came to work in the U.S. as an au pair in the 1980s; how a few years later, her older sister ended up being trafficked to the U.S. by diplomats who had her deported after she tried to run away; and how a nanny who sometimes comes to the park next to my house was trafficked here by diplomats a year ago.
For each story I share with friends and colleagues, I hear another few in exchange, often involving employers – labor lawyers and human rights advocates, even – who really ought to know and do better by the people who take care of their children. Yet almost as disturbing as the cases themselves are the conversations we have tried to have with the employers. The standard (angry) reactions deflect attention away from the rights violations to focus instead on what’s wrong with even having the conversations in the first place – invasion of their privacy, or a presumed implicit criticism regarding their childcare choices (always a touchy area, as evidenced by the furor raised by Amy Chua’s latest book).
The treatment of domestic workers occupies a space that often seems impenetrable – both in personal discourse and in formal law. As the international community moves closer to adoption of the ILO Convention on Domestic Work, one has to wonder, what potential does law really have to address domestic worker exploitation? The U.S. government apparently has emerged the champion of domestic workers’ rights in this forum. But, while U.S. law offers domestic workers more than most other countries, ultimately it isn’t all that much. As a practical matter, domestic workers are excluded from many key protections afforded to other worker populations under the FLSA, OSHA, NLRA, and Title VII. Even where worker protections are applicable to domestic workers, meaningful enforcement remains a tremendous challenge.
Take for example, au pairs in the United States – the only domestic workers subject to specific workplace regulations. U.S. State Department regulations place strict limits on the au pairs’ working conditions – e.g., 45-hour work week limit, minimum wage under the FLSA, one weekend off per month, and mandated vacation time. Au pair agencies – U.S. government contractors – are responsible for enforcing the regulations, but few have established protocols for addressing complaints of abuse; and the few protocols that exist are complaint-driven mechanisms that do not account for the obstacles to reporting violations – e.g., fear of betraying the emotional bonds au pairs forge with the children and even their employers. The deep resistance to intervention in the private family sphere leaves us wanting for viable alternatives for exercising greater scrutiny of workplace conditions in the home.
We’re short on answers at the moment. But the excellent, recent works of legal scholars Chantal Thomas and Hila Shamir shed light on the “legal exceptionalism” of domestic work, offering nuanced understandings of the distributive effects of employment, labor, and immigration laws on markets of care. By demonstrating how the challenges to addressing domestic worker exploitation are, according to Shamir, “neither inherent nor unmanageable,” this work gives us reason to hope that solutions might just be forthcoming.