An Alien Tort Statute (ATS) case pending in the Central District of California survived this week a motion to dismiss for lack of subject matter jurisdiction. The case was filed on behalf of a Mexican national, proceeding anonymously, against Cardinal Roger Mahony, the Roman Catholic Archdiocese of Los Angeles, Mexican

national Cardinal Norberto Rivera, Mexican national Father Nicholas Aguilar Rivera (left, the alleged direct perpetrator), and the Diocese of Tehuacan in Mexico. Plaintiff's lawyers specialize in cases redressing the abuse of minors. The plaintiff's allegations stem from abuse suffered when he was twelve-years old at the hands of Father Aguilar and the subsequent conspiracy among the defendants to conceal and cover-up the abuse in order to protect Father Aguilar and the Church. The complaint contains ten causes of action, including:
In addition to the abuse of the plaintiff, it alleges other instances of abuse in the relevant dioceses, including some that led to the criminal prosecution of Father Aguilar (see this timeline of events). Evidence invoked in the opinion suggest that Church officials were aware of Father Aguilar's history of abuse and yet did nothing to prevent his access to children in either diocese.
In the opinion denying defendants' motion to dismiss for lack of subject matter jurisdiction (under FRCP 12(b)(1)), the Court determined that plaintiff had adequately pled a federal cause of action and thus had the right to proceed in federal court. In so ruling, the Court determined that the plaintiff's claims were not insubstantial, implausible, frivolous, or devoid of merit, which would allow it to dismiss the case at this preliminary stage in the absence of a motion to dismiss for failure to state a claim upon which relief could be granted (under FRCP 12(b)(6)). The Court also ruled that the complaint was not barred by the 10-year statute of limitation, because the ATS is subject to equitable tolling. The infamous Erie case reared its head here as the Court cited California laws tolling cases involving a child plaintiff until the child turns 18 and laws tolling cases filed by victims of sexual abuse until the child turns 26. The Court determined that the case was timely under either theory. In addition, the Court ruled that plaintiff was not required to exhaust local remedies prior to filing suit here.
Most importantly for students of international law, the Court also ruled that plaintiff's international law claims were actionable under the Alien Tort Statute as violations of customary international law. In particular, it noted that rape, sexual abuse, and private torture can violate international law when they rise to the level of crimes against humanity. In so ruling, the Court cited prior ATS jurisprudence, human rights treaties including the Convention on the Rights of the Child, and Article 7 of the ICC Statute (defining crimes against humanity). The Court confirmed that supplemental jurisdiction exists over the California state law claims of negligence and intentional infliction of emotional distress.
Based on the arguments made in the instant motion, we can expect future motions to dismiss arguing that 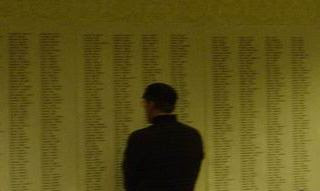 of a widespread and systematic attack against a civilian population. Given the increasing number of cases involving abuse and cover-up within the Church worldwide, the plaintiff may be able to meet this threshold. In addition, maintaining the crimes against humanity claim will entitle the plaintiff to broad pattern-and-practice discovery. The relevant federal rules of civil procedure allow discovery on any matter that is relevant to the party's claims; for good cause shown, the court may order discovery of any matter relevant to the subject matter involved in the action. This broad scope is limited, however, by evidentiary privileges, such as that between priest and penitent as set forth in California law.
This website contains information and a searchable database on priests accused of abuse (list of names above). Stay Tuned!
by Beth Van Schaack at 7:36 PM