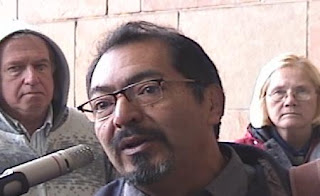 My former client, Carlos Mauricio (right), is once again hosting a Summer Intensive Program in Modern Salvadoran History and Human Rights: June 20 – July 15, 2011. Carlos was a plaintiff in the case of Romagoza v. Arce brought under the Alien Tort Statute against two former Ministers of Defense of El Salvador that resulted in a $54 million plaintiffs' judgment. Although we only recovered a fraction of that amount, Carlos used his share to launch the Stop Impunity Project, which is aimed at bringing to justice individuals who violate international human rights norms. It also contributes to the movement to close the School of the Americas.

The Stop Impunity Project, in partnership with the University of El Salvador, will offer a four- 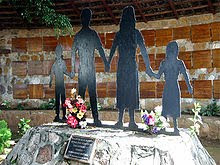 week summer intensive program in modern Salvadoran History and Human Rights. The program has been designed for students of law, sociology, history, human rights, anthropology, social work and other related disciplines and is also appropriate for those working with immigration organizations and legal and social service providers that support the Salvadoran community.

The program will explore the history of El Salvador since the genocide of 1932 and will deepen participants’ understanding of conditions that led to the Salvadoran Civil War, the Civil War itself, the consequent diaspora, and the state of human rights throughout.

Core classes will be taught by experienced faculty from the University of El Salvador’s MA program in Human Rights and/or the staff of the Salvadoran Human Rights Ombudsman’s office. The program will include a series of lectures by founders of and participants in modern Salvadoran social and popular movements. Past speakers have included 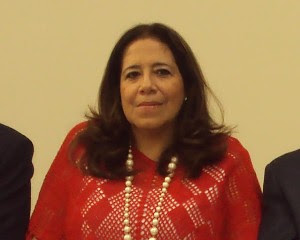 Participants will visit El Mozote (memorial above right), where more than 900 villagers were massacred by the army, the Universidad Centroamericana (la UCA) where six Jesuit priests and their housekeepers were murdered by the Salvadoran army, the chapel where Archbishop Romero was assassinated, and his tomb in the national cathedral. Participants will also visit NGOs and human rights organizations such as

Participants will be guided in a short research project that meets their interest in the field. The language of instruction will be Spanish, and participants should be capable of participating in classroom discussions in Spanish, however, instruction will be designed with non-native speakers of Spanish in mind. Program participants meeting all the course requirements will be awarded with a Diploma in Salvadoran History and Human Rights from the University of El Salvador.

The course fee of $2,500 includes tuition, a round-trip economy class ticket from a major US hub, and shared bed and breakfast accommodation. Transportation to and from the airport, and for the two-day field trip to El Mozote is included, as is an overnight stay at a nearby hotel. Lunch, dinner and daily incidentals are not included, nor the nominal cost of urban transportation to sites within the city of San Salvador. Photos from last year's session are available here.