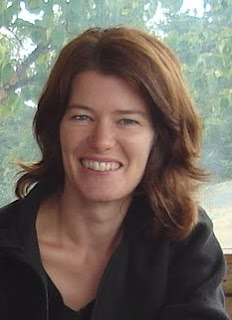 We are delighted to welcome Jayne Stoyles (left) as today's guest blogger.
Jayne is a lawyer, the first Executive Director of the Canadian Centre for International Justice, and an Ashoka Canada Fellow. A decision issued recently in a human rights case in which CCIJ has submitted a friend of the court brief forms the core of her guest post below.
Prior to joining CCIJ, Jayne served for several years as the Program Director of the NGO Coalition for the International Criminal Court in New York, a global network of 2,000 NGOs that helped bring about the establishment of the Court and that was twice nominated for a Nobel Peace Prize during her tenure. She: was also a Senior Adviser to the Institute for Global Policy in New York on issues of human security, UN reform and international justice; provided International Humanitarian Law training for the Red Cross; and taught international law at Carleton University in Canada.
Jayne has spent time in Africa, Latin America, and a First Nations community in northern Canada with a variety of volunteer placements, including working with Centro de Derechos de Mujeres in Honduras on updates to the criminal code from a gender perspective. She is the 2010 winner of the Walter S. Tarnopolsky Human Rights Award and of the Lord Reading Law Society Human Rights Award, was named one of Ottawa’s Top 50 People in 2008 by Ottawa Life Magazine, and has been featured in Canadian legal magazine The Precedent and in the on-line Charity Village Spotlight. She has just accepted a position on the Board of Directors of the International Institute for Criminal Investigations, an international organization of professional investigators, lawyers and academics dedicated to the training and deployment of professionals for the investigation of atrocities. Jayne regularly speaks, writes and provides media interviews about the making of the ICC and international justice issues from a Canadian perspective.
Like Pam Spees, Valerie Oosterveld, and Mary Hansel before her, Jayne would like to dedicate her IntLawGrrls contribution to the beloved Rhonda Copelon.