One nation in the Middle East is seeking a change in status even as a neighboring state faces a change in regime.
The nation is Palestine.
Though some members of the Palestinian people are dispersed, many live in the West Bank and Gaza, the latter of which shares a border with Egypt, locus of recent political ferment about which we've posted.* (map credit)
In these Palestinian territories, the entity known as the Palestinian Authority governs by dint of circa-1990s international agreement. The Authority administers "within the framework of a semi-presidential multi-party republic, with a Legislative Council, an executive President, and a Prime Minister leading the Cabinet."
IntLawyers will see in the above paragraph 3 of the 4 traditional indicia of statehood:
1) Permanent population;
2) Defined territory; and
3) Government.
Not immediately apparent is this indicator:
4) Capacity to enter into relations with other states.
The declaratory theory of statehood would emphasize the word "capacity" in that last phrase, so that statehood would exist whenever an entity possessing Nos. 1-3 has the ability to effect No. 4. Yet in practice the constitutive theory holds sway. For if no fully recognized states themselves recognize the entity -- if no states actually enter into relations with it -- the entity cannot act as a state.
Put another way: 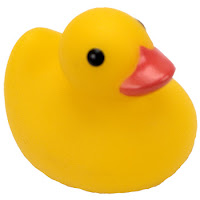 (image credit) The trickiness of that 4th indicator has left scholars chewing for years over Palestine's status.
► Even without sufficient recognition by others, does it sufficiently possess the 4 attributes?
► Is it a "state" for purposes, say, of litigating before the International Court of Justice, by ICJ Statute Article 34(1) a forum open only to "states"?
► For purposes of referring a situation to the International Criminal Court, as the Palestinian National Authority in fact is attempting to do?
► Does it benefit -- and it is burdened -- by other rights and duties of states?
Developments may be shifting this debate.
In recent months, a series of states has recognized Palestine as an equal sovereign.
December began with the announcement, on the 3d day of that month, that Brazil "recognized the state of Palestine along the 1967 borders before Israel's seizure of the West Bank." The notice in response to a Palestinian request, Politico's Laura Rozen reported, "took Washington by surprise." She added:

Brazil was the last of the so-called BRIC nations [Brazil, Russia, India, China] to recognize Palestine. More than 100 countries, including almost all the African and Arab ones, had recognized it, "so it was the natural thing to do," a Brazilian official explained ....

Days later, Argentina said it would recognize Palestine.
Less than a week into the New Year came news that Chile had recognized Palestine.
A couple weeks ago, Russia reaffirmed its recognition.
Then came Peru, reportedly joining Bolivia, Ecuador, Guyana, and Uruguay in addition to South American countries already named.
Last week, Suriname added its name to the list.
Such news has compelled France to deny reports that it too was ready to recognize.
Yet elsewhere in Europe, there are calls for recognition and, in the case of Ireland, a late January upgrading of the Irish presence in Palestine to a "diplomatic mission," a step short of recognition. (France, Spain, and Portugal already had made the same move.) Palestine continues to seek wider European recognition. The European Union-U.N.-Russia-U.S. "Quartet" was expected to discuss Palestine "on the sidelines" of a conference in Munich this past weekend.

What of the United States?
As of mid-January, the U.S. official word for such recognitions was "premature." Given that more than half the world's countries appear already to have recognized, it's a word that may be meant to imply a policy change sooner rather than later.

* Not-unrelated aside: CNN reports that in recent days, West Bank rallies in support of pro-democracy protests in Egypt have been "shut down by Palestinian Authority security claiming the participants did not have the appropriate permits to hold such events."

I have a fairly decent bibliography for the Israeli-Palestinian conflict should any readers be interested (e-mail me at patrickseamus"at"hotmail.com).

Some important books with regard (directly or indirectly) to international law:

Kattan, Victor. From Coexistence to Conquest: International Law and the Origins of the Arab Israeli Conflict, 1891-1949. London: Pluto Press, 2009.

Kretzmer, David. The Occupation of Justice: The Supreme Court of Israel and the Occupied Territories. Albany, NY: State University of New York Press, 2002.