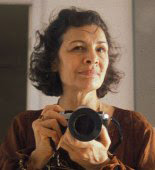 One of the things that always strikes me in working with torture survivors and victims’ families is how consistently people say they want to help prevent others from experiencing the same trauma. They want something hopeful to result from such dramatic pain and loss, and often see the pursuit of justice as one of the means to achieve this.
That was certainly the message from Canadian-Iranian Stephan Kazemi as he digested the outcome of a key decision in his lawsuit against Iran for the torture and death of his mother, Zahra Kazemi (left). He could see that while the decision is a victory in terms of his own ability to proceed, it closes the door to most other cases in Canada for torture suffered overseas and undermines his broader goal.
Zahra Kazemi was a photojournalist from Montreal, Canada,, whose work sought to shed light on political and human rights issues, often highlighting the strength of women in situations of poverty and oppression. In 2003, she traveled to Iran during a time of demonstrations against the government, and with a press card took photographs of family members outside the notorious Evin prison who were seeking information about those thought to have been falsely imprisoned.
As a result, Zahra was herself detained, brutally raped and beaten. Her son in Canada, an only child in his twenties at the time, sought her return for treatment in Canada. This was denied, and she died of her injuries. No one was ever held accountable in Iran for Zahra’s torture and death. After other possible avenues to redress had been exhausted, a lawsuit was filed against Iran in Quebec Superior Court, on behalf of Zahra’s estate and of her son Stephan. The first hurdle in the case was the need to address the claims of the Government of Iran and the three named individual officials that they were immune from the lawsuit because of Canada’s State Immunity Act (SIA).
Passed in 1982, the SIA was intended to provide assurance to other governments that they would not be sued in Canada as they carried out their official or “sovereign” duties. A strong argument can be made that acts that are in clear contravention of international law – such as torture – cannot be considered “sovereign”. The SIA uses a restrictive approach and contains two exceptions to immunity – for commercial activities and for injuries suffered inside Canada. Unfortunately there is currently no exception in the legislation for torture or other serious violations of international human rights. The intervention of the Canadian Centre for International Justice, for which I serve as Executive Director, as a friend of the court in the Kazemi case was an attempt to remedy this.
The Quebec Superior Court took almost a year to issue its judgment on the state immunity issue. When it finally came in late January, it was a very mixed result. The court permitted Stephan's individual claims to proceed on the basis of the existing exception written into the SIA that eliminates immunity for injuries suffered inside Canada. It found that the nervous shock Stephan suffered as a result the mistreatment of his mother could fall under this exception. His individual part of the case will proceed and it will certainly be significant – the first trial of its kind in Canada.
However, the claims by the Estate of Zahra Kazemi were dismissed on the ground that the abuses Zahra suffered were only in Iran; she never suffered an injury in Canada. The court upheld immunity in those circumstances, rejecting arguments that immunity should not be permitted for torture and other serious human rights violations. The paradoxical result of the court's approach is that relatives in Canada of persons tortured or killed abroad may have a remedy while the persons who were actually tortured often will not.
Yet while the judgment is disappointing, there is still hope:
► Aspects of the case could be subject to appeal, and decisions about that will be made in the coming weeks.
► The judgment is also a clear invitation to Canadian Members of Parliament to act by passing a bill that is currently before them, intended to clarify that there should never be immunity for torture, war crimes, genocide or crimes against humanity. Bill C-483, a private member’s bill,

was re-introduced in Parliament on March 3, 2010 by Liberal MP Irwin Cotler (right) with the support of MPs from the other three parties that hold seats: the Conservatives, New Democratic Party and Bloc Quebecois. The bill would deny immunity to countries and officials alleged to be responsible for torture, genocide, war crimes and crimes against humanity by creating a new exception to the general rule in the SIA that foreign governments cannot be sued in Canada. The exception would remove the key barrier to lawsuits involving allegations of these violations of human rights and humanitarian law, and create an important precedent as the civil courts of other countries also grapple with the issue of state immunity.
Further developments in the Kazemi case will be important to watch, as will progress on the parallel efforts at law reform through the legislature. It is my very deep hope that Stephan Kazemi will have the opportunity to offer this final tribute to the tremendous courage his mother demonstrated through her work and art.
by Jayne Stoyles at 5:00 AM