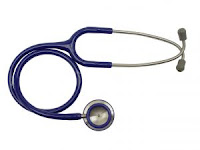 The International Covenant on Economic, Social and Cultural Rights recognizes many human rights that are not typically recognized in the United States, such as the right to health, the right to housing and the right to work. Although President Jimmy Carter signed the Covenant in 1977, the United States Senate has not yet ratified it, nor does it look likely to do so in the near future. Nonetheless, activists are using the human rights principles recognized in the Covenant in advocacy campaigns across the country. The Vermont Workers’ Center’s “Healthcare is a Human Right Campaign” is one powerful example of using international human rights principles in domestic advocacy.
The Center launched this healthcare campaign in 2008. Rather than focusing on a particular form of universal healthcare, the Center promotes the idea of healthcare as a human right and makes human rights principles - universality, equity, accountability, transparency and participation - the core of their campaign. Specifically, the Campaign asserts that everyone is entitled to quality health care; that the health care system must be accessible to all and without any systemic barriers; that the costs of financing the system must be shared fairly; and that the system must be efficient, transparent in design and accountable to the people it serves. By framing healthcare as a human right, the Center has been able to mobilize thousands of Vermonters, many of whom have not previously been involved in political campaigns, to demand universal healthcare. This strong grassroots movement was able to successfully pressure the Vermont Legislature into passing healthcare legislation in May 2010.
The 2010 legislation declares healthcare to be a “public good” for all Vermonters. In addition, the legislation incorporates the human rights principles at the center of the Campaign, explicitly stating that any healthcare system in Vermont must be universal, transparent, efficient and accountable to the people it serves and that Vermont must ensure that the public h 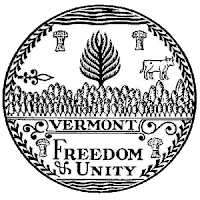 as opportunities to participate in the design, implementation and accountability mechanisms of any new system.
The legislation also establishes a healthcare commission tasked with hiring an independent consultant to design three universal healthcare options. The first model is to be a traditional single-payer system while the second plan would create a public option to compete alongside private insurers. The third plan was left to the discretion of the independent consultant. Dr. William Hsiao of Harvard was hired to lead a team charged with designing the three healthcare models, which he presented to the Vermont Legislature on January 19, 2011.
The first model is a government-run single payer system with one insurance fund and a uniform benefit package to be financed through employer and employee payroll contributions. Dr. Hsiao’s team created two distinct benefit packages under the first option. One option creates a comprehensive benefits package, while the other creates an essential benefits package. Both single-payer options would achieve universal health insurance coverage for all Vermont residents with a uniform benefits package. In addition, both options would produce significant savings in contrast to the current system or any system achieved under the federal healthcare legislation, the Patient Protection and Affordable Care Act (PPACA).
The second model involves a “public option” run by a governmental or quasi-governmental body to compete directly with private insurers on the health insurance exchanges. According to Dr. Hsiao, a public option would result in slightly more Vermonters having insurance coverage and it would slightly decrease healthcare costs. However, it would not effectively control spiraling healthcare costs and would still leave significant numbers of Vermonters uninsured or underinsured.
The final model proposed by Dr. Hsiao’s team is a “public/private single-payer system.” According to Dr. Hsiao, this model is the most viable model for Vermont. The primary difference between this model and the single-payer model discussed previously is that instead of being administered by a government entity, the single-payer entity is governed by an independent board representing all the major players including employers, state government and consumers. To determine who is responsible for administering claims under the new system, the Independent Board allows all interested parties to participate in a competitive bidding process.
Dr. Hsiao’s presentation to the Legislature kicked off a 15-day public comment period on the draft report. The final report was provided to the Legislature and Governor Peter Shumlin on February 17, 2011. On February 8, Governor Shumlin introduced legislation for a single payer healthcare system. The healthcare legislation incorporates the human rights principles contained in Act 128.
The achievement of universal healthcare in Vermont is not yet certain. Dr. Hsiao identified significant legal and federal constraints including ERISA and the PPACA. For example, the PPACA requires every state to establish health care exchanges by 2014. Although states may seek waivers to establish alternative systems beginning in 2017, under the current law, Vermont would have to establish a healthcare exchange by 2014 only to replace it with a single-payer system in 2017. To address this concern, on January 17, Vermont Senators Bernie Sanders and Pat Leahy and Representative Peter Welch announced their plans to introduce federal legislation to allow states to apply for a waiver beginning in 2014.
Another major obstacle to healthcare reform in Vermont is the special interest groups that profit from the current system. The Vermont Workers’ Center and other healthcare advocacy groups are bracing for an intense battle in the current legislative session once the Vermont Legislature takes up Dr. Hsiao’s proposals.
To counteract the power of corporate money and lobbying, the Workers’ Center activists and others continue to build grassroots support for universal healthcare. On March 7, the Center will host healthcare hearings at fifteen locations throughout Vermont that will give ordinary Vermonters the opportunity to meet with their legislators and express their support for universal healthcare. The Center has also released a public service announcement entitled “Stand Up Against Insurance Profiteering” which reminds Vermonters that healthcare is a basic human right for all.
by Mariah McGill at 5:00 AM

Thanks so much for your post on this initiative, Mariah!

The day after his presentation to our legislature, there was a great interview of Dr Hsaio on the Vermont Public Radio (VPR) program Vermont Edition, in which he also takes questions from listeners; audio available here.

One can also listen here to Dr Hsiao's presentation to the legislature of the various options.