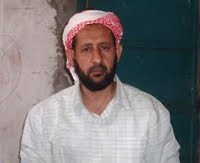 On the night of December 26, 2003, Mohamed al-Asad (right) was apprehended at his home in Dar es Salaam, Tanzania, blindfolded and driven away. (photo credit) Early the next morning, he was placed into a small plane and expelled to Djibouti—a country entirely unfamiliar to him. There, he was held in a secret detention facility, subjected to torture and inhuman treatment and interrogated by an American agent. Two weeks later, he was taken to an airport, where he experienced what are now easily recognized as the standard operating procedures of a U.S. rendition team—a group of individuals dressed in black stripped him naked, then photographed, assaulted, diapered and chained him. Forced onto waiting plane, he was dispatched into a network of secret CIA prisons in Afghanistan and Eastern Europe and later jailed in his native Yemen. He was finally released in 2006, without ever being charged with a terrorism-related offence.
As a student advocate in the Global Justice Clinic at the New York University School of Law, I have worked to represent Mr. al-Asad with a team of other students and the human rights organization, Interights. Seeking redress for the human rights violations perpetrated against our client, we filed a complaint against Djibouti before the African Commission on Human and Peoples’ Rights. It is the first case ever to come before the African Commission regarding the involvement of an African state in the U.S. extraordinary rendition and secret detention program.
The African Commission was seized of the matter, and requested arguments on admissibility, which we submitted on February 28, 2011. The Commission will ask the government of Djibouti to lodge a formal response, to which Mr. al-Asad may reply. The Commission will then determine whether the case fulfills the requirements for admissibility under article 56 of the African Charter on Human and Peoples’ Rights. If found admissible, the Commission will hear arguments on the merits.
In his declaration to the African Commission, Mr. al-Asad stated,

The continued denial of my abuse frustrates my ability to regain my life, my community stature, and my sense of justice.

We hope that his case will contribute to exposing the global complicity in rights violations linked to U.S. counterterrorism initiatives.
Like other regional and international human rights bodies, the African Commission requires a complainant to exhaust domestic remedies. Given that Mr. al-Asad could not access Djiboutian courts while detained and dares not return, domestic remedies have been unavailable, impractical and insufficient. Our arguments rely on the growing jurisprudence of the African Commission, which—like the European Court—has shown flexibility when circumstances demonstrate that it would be futile, overly burdensome or simply impossible for a complainant to exhaust all imaginable avenues for recourse within a national jurisdiction.
In Recontre Africaine pour la Defence des Droits de l’Homme v. Zambia (1997), for example, the Commission found that the possible recourse presented by the respondent state “was as a practical matter not available” for the 517 West Africans illegally expelled after being detained without access to attorneys. In Dawda K. Jawara v. The Gambia (2000), the Commission deemed local remedies unavailable for the complainant who, like our client, could not return to the respondent state to pursue them “because of a generalized fear for his life.”
In 2009, through a letter to the Attorney General submitted on behalf of Mr. al-Asad, we informed Djibouti of the facts of his case; however, to our knowledge no investigations were ever initiated. It is our position that the African Commission should follow the spirit of its previous decisions and require no more action of Mr. al-Asad to demonstrate exhaustion.
The substantive allegations contained in the initial complaint (which we will further elaborate in arguments on the merits) are that Djibouti, a state party to the African Charter since 1991, violated articles 5, 6, 7 and 12, among others:
► Mr. al-Asad’s secret and incommunicado detention and expulsion contravened the prohibition on torture and cruel, inhuman or degrading treatment or punishment under article 5. Additionally, Djibouti violated the principle of non-refoulement by transferring Mr. al-Asad to Afghanistan, despite the clear risks that further article 5 violations would be perpetrated there.
► Article 6 sets out that “no one may be arbitrarily arrested or detained,” yet Mr. al-Asad was held without being informed of any charges against him.
► Although article 7 assures the right to a fair trial, Mr. al-Asad never had access to legal counsel and was never brought before a judge.
► The requirement of article 12 that foreigners like M. al-Asad “may only be expelled…by virtue of a decision taken in accordance with the law” was equally illusory.
These human rights implications of the CIA secret detention and rendition program have been well established and documented by a wide variety of international organizations, including the International Committee of the Red Cross, the Council of Europe, and the United Nations.
► The complaint also alleges that Djibouti violated its duty to protect the family under article 18 of the Charter. In a supporting declaration submitted to the Commission, Zahra Mohamed tells of her husband’s arrest and of her tireless search for him, including the filing of an unsuccessful habeas petition in Tanzanian courts and a tracing request with the ICRC. She said:

I had to know whether he was dead or alive. ... It was terrible to live with the uncertainty.

She was pregnant when he was apprehended at their home in Tanzania, gave birth during his absence,and struggled to support herself and their four other children. Her ordeal illustrates vividly one aspect of the gendered impact of counterterrorism programs, highlighted in the 2009 report of the Special Rapporteur on the Promotion of Human Rights and Fundamental Freedoms while Countering Terrorism.
Although Mr. al-Asad only spent two weeks in Djibouti, as his entryway into the U.S. secret detention program, the nation played a critical role in facilitating his 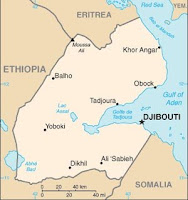 subsequent abuse. Home to the U.S. Africa Command (AFRICOM) and approximately 2,300 American troops, Djibouti is an important U.S. ally and a cornerstone of counter-terror activities on the continent. Its human rights record is dismal—most recently illustrated by the arrest and detention of hundreds of demonstrators, including Noël Abdi, the president of the foremost domestic human rights organization (see more here).
Al-Asad v. Djibouti presents an important opportunity for an African institution to expose the complicity of an African state in the U.S. counter-terrorism program, to enforce the obligations of a state party to the African Charter, and to provide redress for the human rights violations that occurred on African soil.

by Elizabeth Ashamu at 4:04 AM