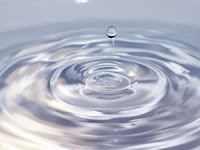 With the news media focused on the estimated 180,000 migrants who have fled Libya in the past 10 days, it's a good moment to think about the impact of the crisis on migrants beyond Libya's borders.
To start, the unrest has cut off a World Food Programme supply chain used to feed tens of thousands of Darfurian refugees and displaced persons in Chad. Food supplies that had for many years been discharged at Benghazi port in Libya have been re-routed to Port Sudan, at great expense and with questionable outcomes, as aid convoys now must traverse Darfur to reach their intended recipients. The consequences for these refugees are sure to be dire.
The instability in Egypt may also obstruct efforts to protect migrants in that country against human rights abuses. Haaretz reports that the number of African migrants entering Israel through Egypt has dropped precipitously in the wake of the crisis. The concern here, given credible and frequent reports of abuse of African migrants by smugglers in the Sinai, is that many Africans are being held for ransom in the desert. Though the Egyptian government's efforts to crack down on organized crime in the Sinai were insufficient at the best of times, the current political situation has likely resulted in even less attention being paid to the situation of these migrants.
On the development side of the ledger, the loss of migrant worker jobs throughout North Africa will have global repercussions. The widely reported repatriation of many foreign workers in Libya will result in the loss of millions of dollars of remittances. Not only current but also future jobs are at stake; the Philippines and Indonesia have suspended the sending of their national workers to Bahrain, Egypt, Libya, and Yemen. Though this decision is to be applauded, it will come at great cost to families in need of remittance funds.
While there's much to celebrate in North Africa, and much assistance needed for migrants escaping the unrest in Libya, the impact of the crisis on migrants and their families will be felt far beyond Libya's borders.