Diversity in the Military 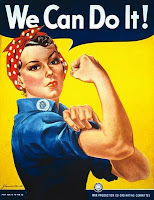 Women were first allowed to serve (in statutorily limited numbers) in the U.S. military with the passage in 1948 of the Women's Armed Forces Integration Act. Over time, a number of limitations on women's full military service have been repealed or otherwise eliminated. (See here for a short history of women in the military). And yet, women remain underrepresented in national militaries. In the United States, women make up about 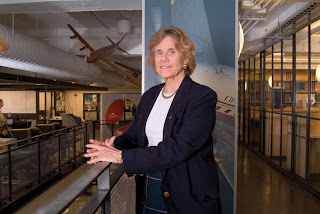 Women are vastly under-represented in senior ranks as well. Even in the Israeli military, one of the few that conscripts women, less than 5% of the senior ranks are occupied by women. It was only in 1993 that Sheila Widnall (right) was appointed U.S. Secretary of the Air Force—the first women to lead a branch of the U.S. military.
The military is one sector of society that has remained steadfastly impervious to demands for formal equality. In most national militaries, women are excluded by law from certain combat functions. The United States' 1994 combat exclusion policy states that

Women may not serve in units that engage an enemy on the ground with weapons, are exposed to hostile fire, and have a high probability of direct physical contact with the personnel of a hostile force.

This policy thus precludes women from being “assigned” to ground combat units operating "well forward on the battlefield"—a concept with little basis in the reality of many of today's combat situations. Indeed, women have served in ground combat situations by virtue of being assigned to units deemed “attached” to these ground units. This often artificial distinction keeps women from gaining recognition for their ground combat experience. In light of the evolution of modern warfare and weaponry, and the disappearance of linear battlefield or a clearly defined enemy, de facto battlefield equality is well ahead of de jure battlefield equality.
But, change is afoot... In February 2010, the Navy announced a new policy allowing women to

serve on submarines. Then, this month, to little fanfare, the U.S. Department of Defense released a report (see press release here) drafted by a Military Leadership Diversity Commission and entitled, Military Leadership Diversity Final Report, From Representation to Inclusion: Diversity Leadership for the 21st-Century Military. The Commission was established by virtue of the 2009 National Defense Authorization Act (sec. 596) to evaluate and assess policies that provide opportunities for promotion and advancement of women and racial and ethnic minorities in the armed forces. The Commission, chaired by retired Air Force Gen. Lester L. Lyles (left), issued 20 recommendations, one of which will be of particular interest to readers of this blog.

DOD and the Services should eliminate the “combat exclusion policies” for women, including the removal of barriers and inconsistencies, to create a level playing field for all qualified servicemembers. The Commission recommends a time-phased approach:

The recommendation is based in part on a number of key observations, including

Let's hope that the Department of Defense heeds the report's recommendation so that our military's leadership can better reflect the nation it serves and the forces it leads. It is only when women can make the ultimate sacrifice for our nation and its security (photo credit) that women can achieve true equality with men.
by Beth Van Schaack at 5:23 PM