(Delighted to welcome back alumna Nienke Grossman, who contributes this guest post)

Thank you to IntLawGrrls for inviting me to blog about my most recent article: “Sex on the Bench: Do Women Judges Matter to the Legitimacy of International Courts?” I will also be discussing this article at the International Legal Theory Interest Group session from 3 to 4:30 p.m. this Friday, March 25, in Salon IIIB of the Ritz Carlton in Washington, D.C., at the annual meeting of the American Society of International Law. (Prior IntLawGrrls posts on the meeting are available here.) 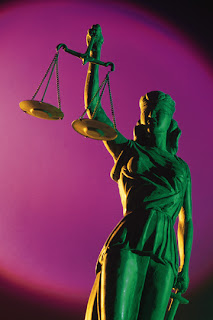 For the most part, women participate in meager numbers on the world’s most important international courts.
In its sixty-five year history, only three permanent women judges have ever served on the International Court of Justice. Two of them sit on the bench today. The European Court of Justice had only 15% permanent female judges in May 2010. Women were appointed to World Trade Organization panels only 17% of the time in 2009, although women constituted 43% of the appellate body in mid-2010, up from only 19% historically. At the same time, women accounted for 29% of the judges on the Inter-American Court of Human Rights, and only one woman had ever served as an ad hoc judge. No women sit on the International Tribunal for the Law of the Sea. The International Criminal Court is the only court, of eleven surveyed in my article, in which women outnumbered men on the bench.
As is frequently noted, international courts are playing a growing role in both deciding international disputes and defining the content of international law.
And their increasing importance has led to many serious questions about their legitimacy. Because international courts generally lack enforcement powers and guaranteed funds, without legitimacy – defined as justified authority – states and others are less likely to cooperate and comply with their judgments. Among the factors that may impact a court’s legitimacy is the ratio of the sexes, or “sex representation,” on the bench. My article suggests sex representation matters to legitimacy in at least three ways:
► First, when men and women approach the law or facts differently, both are necessary for impartiality, an important prerequisite of legitimate adjudication. Because of the low numbers of women judges on international courts, empirical studies of a gender effect are rare. But one study of sentencing at the International Criminal Tribunal for the former Yugoslavia, by Dr. Kimi Lynn King and Megan Greening, shows that female judges gave weightier sentences to defendants who assaulted women, while male judges did the same for male victims. Further, many female international court judges, including frequent IntLawGrrls guest Judge Patricia M. Wald, suggest their life experiences as women make a difference in at least some cases.
► Second, sex representation is important to legitimacy even if men and women are not inherently different because at least some constituencies seem to believe they are nonetheless. For example, as demonstrated in my forthcoming International Criminal Law Review piece, co-sponsored by IntLawGrrls, as part of its "Women and International Criminal Law" project, some non-government organizations and states sought to include female judges on post-World War II international criminal tribunals because they thought women would alter the development of facts and the direction of the law. Unisex courts would lack justified authority for them. Similarly, when a group has suffered discrimination or exclusion, it is likely to question the authority of an institution that continues to exclude it. Women’s participation in low numbers is not limited to international courts; it extends to the prestigious International Law Commission, the Inter-American Juridical Committee, and several of the United Nations treaty bodies. For many, these institutions (and international law) will face legitimacy troubles until they more accurately reflect the ratio of the sexes.
► Finally, women judges matter for reasons of democratic legitimacy. Imagine a world court with only jurists from one nation. Even if it possessed the most credentialed of benches, such a court would lack justified authority. Legitimate adjudication requires both impartial judges and judges with some link to the constituencies their rulings impact. Just as geographic diversity – a virtually ubiquitous requirement in international court statutes – strengthens international courts’ legitimacy, so too does sex representation. Consequently, perhaps the strongest argument for sex representation is that women make up almost half the world's population, and thus, an important constituency of international courts. In fact, states have already taken steps toward sex representation in the statutes of the International Criminal Court, the African Court of Human and Peoples' Rights, and for ad litem judges on the International Criminal Tribunals for the Former Yugoslavia and Rwanda." Similarly, the Parliamentary Assembly of the Council of Europe resolved to reject unisex lists of candidates to the European Court of Human Rights. The argument for sex representation is all the more compelling when female Presidents, Supreme Court Judges, and Ministers of Justice have served in a wide range of countries. Surely qualified candidates for international judgeships can be found in countries where women achieve so much. More international courts make decisions that affect our lives today than ever before. They define the scope of our human rights and decide who will be held accountable for what kind of international crimes. They determine which communities will benefit from the exploitation of oil in disputed parts of the ocean, and whether environmental harm has taken place, what reparations must be paid and to whom. They play an integral role in defining fair trade practices and whether natural resources belong to the people within a state or to multinational corporations. This article seeks to shine light on the paucity of women judges participating in these vital decisions and in defining the content of international law today. It argues that we must pay more attention to sex representation if we wish to strengthen the legitimacy of these increasingly important institutions.