The Struggle for Land: Property, Territory, and Jurisdiction in Early Modern Europe and the Americas is the title of a free, public symposium to be held Friday, April 8, 2011, at the Newberry Library in Chicago.
It's organized by Tamar Herzog (below right), Professor of Latin American and Spanish History at Stanford University (who will speak on :How the Indios Lost Their Land: Spanish Debates and Practices of Recession"), and Richard J. Ross, Professor of Law and History at the University of Illinois at Urbana-Champaign. They write:

The struggle to possess and control land, both as property and as jurisdictional territory, was central to the formation of early modern European societies as well as their colonial domains. This conference will look at how Europeans and indigenous peoples defined the right to land. We will examine how so-called European expansion influe 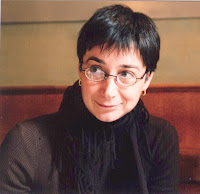 nced the conceptualization of property and territorial jurisdiction and the relationship between them. Conference participants may explore how notions of property and territoriality changed over time; and how colonial needs and the encounter with new cultures reshaped these notions. In what ways did “international competition” and the emergence of an “international law” (to use an anachronism) modify property and jurisdiction? How did economic, social, and political developments influence new ideas and experiences regarding the land? In what ways did these ideas and experiences shape practical strategies for claiming land and asserting rights to govern it and profit from it? We are particularly eager to know whether these encounters encouraged, consciously or not, borrowing between different European legal systems as well as between settlers and indigenous peoples. How was the movement and refashioning of legal knowledge bound up with the movement of peoples and refashioning of modes of control over land? 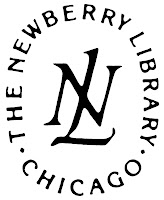