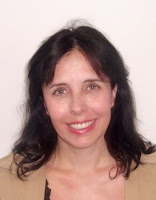 It's IntLawGrrls' great pleasure to welcome Dr. Mia Swart (left) as today's guest blogger.
Mia's an Assistant Professor of Public International law and Global Justice at Leiden University, the Netherlands, from which she earned her Ph.D. in 2006. Under the supervision of Professor John Dugard and funded by Huygens and Mandela scholarships, she completed a thesis was on the topic of Judicial Lawmaking at the ad hoc International Criminal Tribunals.
Mia's based at Leiden's Hague campus, affiliated with its law faculty and Grotius Centre. She also holds the title of Honorary Associate Professor at the University of the Witwatersrand in Johannesburg, South Africa, where she was previously worked as Associate Professor. She is also a research associate of the South African Institute of Advanced Constitutional, Public and International Law.
Published in the areas of transitional justice, international criminal law, and comparative constitutional law, Mia currently focuses her research on apartheid reparations. Her guest post below considers lessons learned from South Africa's apartheid era with respect to detention practices.
In 2007 and 2009, Mia received a Humboldt research fellowship to do research at the Max Planck Institute in Freiburg and at Berlin's Humboldt University, from which she holds an LL.M. She worked as an intern in the Appeals Chamber of the International Criminal Tribunal for the former Yugoslavia in 2001, the same year she was admitted as an attorney.
Mia chooses to honor as her foremother Olive Schreiner (1855-1920), a South African author, feminist, and antiwar campaigner about whom we've posted. Mia writes of Schreiner (below right):

She can be described as one of the most interesting and influential South African intellectuals of her time. She is most famous for her novel The Story of an African Farm, a novel portraying elementary life on the colonial frontier. The novel considered issues such as individualism and the treatment of women. She also wrote Women and Labour in which she argues that women and men should be treated and 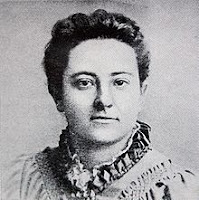 compensated equally in the workplace. She also argued for the rights of black people and other groups she perecived as being sidelined by British Imperialism. Although she is often described as a feminist and pacifist her true views escape categorisation. She was the deputy president of the Cape Town branch of the Women's Enfranchisement League. She was friends with Emily Hobhouse (a British nurse who protested against the treatment of Afrikaner women and children in British concentration camps during the Boer War) and with British intellectuals such as Mary Wollstonecraft.

Today Schreiner joins other foremothers -- including Mary Wollstonecraft -- on IntLawGrrls' list just below the "visiting from..." map at right.
Heartfelt welcome!
by Diane Marie Amann at 7:35 AM