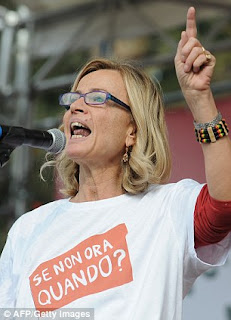 The Human Rights Committee, which interprets and enforces the International Covenant on Civil & Political Rights, has circulated a new draft General Comment (slated to be number 34), which will replace General Comment No. 10, which dates from 1983, on freedom of opinion and expression. (General comments are authoritative interpretations of human rights treaties by treaty bodies). Given events in the Middle East and North Africa, as well as the WikiLeaks controversy, this study could not be more timely.
The draft Comment makes the following key points:
► Reservations to Article 19(1) ("Everyone shall have the right to hold opinions without interference") would be incompatible with the object and purpose of the Covenant. In this regard, the Committee also notes that even though Article 4 does not list the Article 19 rights of opinion and expression as non-derogable, it would never be necessary to derogate from such rights, even in a time of national emergency. The Committee has taken a similar approach to the right to seek judicial redress, which is deemed essential to enjoying the Covenant's expressly non-derogable rights even though it is not listed in Article 4 as non-derogable. The Committee did not offer its specific views, however, on how the omnibus non-discrimination clause in Article 2 should be reconciled with the non-derogation clause in Article 4, which does not list "political opinion" as a ground on which derogations are prohibited. Nor does it help with understanding the difference between freedom of thought contained in Article 18(1), which is expressly non-derogable per Article 4 and not subject to clawback by Article 19(3), and freedom of opinion contained in Article 19(1). 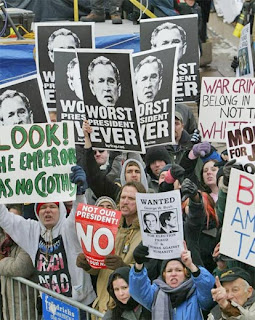 ► In keeping with general principles of state responsibility, the Committee notes that a state may be in breach of the Covenant in a situation in which any branch of the federal or sub-federal government fails to respect freedoms of opinion and expression. This may also be the case with respect to "semi-state entities," although the Committee does not employ the term "non-state actor." It only notes that states parties are also obliged to ensure that all persons are protected from private action that might impair the enjoyment of freedoms of opinion and expression. Since the landmark Velásquez Rodríguez v. Honduras, case before the Inter-American Court of Human Rights, treaty references to the obligation of states to "ensure" rights have served as a hook to ascribe state responsibility for private action where states are not diligent in protecting individuals from violations by private parties (see prior posts here, here and here). It is not clear if this formulation is meant to be less far-reaching than standard attribution theories of state responsibility.
► It is a breach of the Covenant to criminalize the holding of an opinion. Here, the Committee cites its Views in the case of Faurisson v. France involving France's Holocaust denial legislation (a.k.a. "contestation de crimes contre l'humanité"). (See prior post here). In that case the Committee found no breach of the Covenant where a conviction under this legislation

did not encroach upon his right to hold and express an opinion in general, rather the court convicted Mr. Faurisson for having violated the rights and reputation of others.

The Committee concluded that any restriction on the petitioner's freedom of expression was permissible under Article 19(3), which states that

The exercise of the rights provided for in paragraph 2 of this article carries with it special duties and responsibilities. It may therefore be subject to certain restrictions, but these shall only be such as are provided by law and are necessary:

(a) For respect of the rights or reputations of others...

The Committee determined that the law was "necessary" to advance the struggle against racism and anti-semitism. Article 19(3)'s clawback clause lays down conditions under which restrictions to the right to expression and to seek information may be imposed:

► The Committee lists a number of forms of expression that are guaranteed by the Covenant, 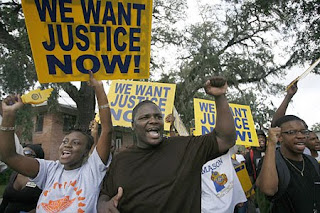 "Commercial advertising" remains bracketed in this list, suggesting a lack of consensus on this point.

► The Committee notes that the Covenant expressly provides that

persons belonging to ethnic, religious or linguistic minorities shall not be denied the right, in community with other members of their group, to use their own language.

► Apropos of WikiLeaks, the Committee noted the requirement that states parties allow for a free press and other media "to comment on public issues without censorship or restraint and to inform public opinion" and the corollary right of the public to receive such information. With no specific reference to WikiLeaks, the Committee again invokes Article 19(3) and notes that

It is not compatible with paragraph 3, for instance, to invoke treason laws to prosecute journalists, researchers, environmental activists, human rights defenders, or others, for having disseminated information of legitimate public interest.

The Committee reminds states parties that

Any restrictions on the operation of websites, blogs or any other internet-based, electronic or other such information dissemination system, including systems to support such communication, such as internet service providers or search engines, must be compatible with paragraph 3.

► Given the global controversy over the access to information about reproductive rights (including information about how to protect oneself from sexually-transmitted diseases), it would be useful for the Committee to cross-reference General Comment No. 14 issued in 2000 by the Committee of the International Covenant on Economic, Social and Cultural Rights, which monitors the sister treaty to the ICCPR. There, the IECESC Committee identified the accessibility of information to be fundamental to the right to the highest attainable standard of health as set forth in Article 12 of the ICESCR. In this regard, the Committee observed that:

► The Human Rights Committee particularly noted the high value associated with free expression concerning public figures and institutions and called into question laws addressed to defamation of the head of state or regime. The draft Comment does not specifically condemn criminal defamation laws, but it does note that states parties should avoid "excessively punitive measures and penalties" and "consider decriminalisation of defamation." (See prior post here).
► The Committee warns against monopolistic control of the media "that may be harmful to a diversity of sources and views."
► The Committee notes the risk to freedom of speech rights posed by many counter-terrorism measures and in particular laws aimed at prohibiting the “encouragement of terrorism” and “extremist activity” or the "praising" of terrorist acts. The Committee is silent, however, on material support legislation, e.g., 18 U.S.C. § 2339A in force in the U.S. This legislation criminalizes the provision of "material support or resources" to terrorists, which includes "training" and "expert advice or assistance."
► With regard to hate speech legislation, the Committee determines that many forms of hate speech do not rise to the level of "advocacy of national, racial or religious hatred that constitutes incitement to discrimination, hostility or violence" which must be prohibited by law according to Article 20 of the Covenant, which also calls for prohibitions on propaganda for war.
The Human Rights Interest Group of the American Society of International Law made detailed suggestions on the draft General Comment, which are available here.