In Illinois, capital punishment is no more.
Today Governor Pat Quinn:
► Signed legislation abolishing the death penalty,
► Commuted all existing death sentences to life without parole, and
► Pledged to commute any death sentence levied before the law takes effect on July 1.
In his signing statement, Quinn said that he had:

concluded that our system of imposing the death penalty is inherently flawed. The evidence presented to me by former prosecutors and judges with decades of experience in the criminal justice system has convinced me that it is impossible to devise a system that is consistent, that is free of discrimination on the basis of race, geography or economic circumstance, and that always gets it right.
As a state, we cannot tolerate the executions of innocent people because such actions strike at the very legitimacy of a government.

Threatening government's legitimacy, he explained, was the troubling fact that since 1977, 20 persons condemned to Illinois' death row had been exonerated in postconviction innocence proceedings. It is that, more than anything, that today makes Illinois the 2d of the country's 5 most populous states to move into the abolitionist column. (By turning blue on the map below (credit), Illinois joins a Midwestern consensus that spreads over to Iowa and up to North Dakota and Michigan.) Said Quinn of the wrongful capital convictions:

To say that this is unacceptable does not even begin to express the profound regret and shame we, as a society, must bear for these failures of justice.

He questioned claims that capital punishment has a deterrent effect, and further stated that

the enormous sums expended by the state in maintaining a death penalty system would be better spent on preventing crime and assisting victims’ families in overcoming their pain and grief.

Quinn, a Catholic who made the announcement on Ash Wednesday, drew support from a quote the late Joseph Bernardin, long Cardinal of Chicago's archdiocese. He expressed thanks for guidance from others -- "prosecutors, judges, elected officials, religious leaders from around the world, families of murder victims, people on death row who were exonerated and ordinary citizens" -- whom he did not identify by name.
Names of at least 3 persons jump to the mind amid this fundamental change in the governance of this 'Grrl's birth state. Recently retired U.S. Supreme Court Justice John Paul Stevens, who often criticized the administration of capital punishment in appearances before lawyers in his native Chicago, and whose recent New York Review of Books essay made points echoed in Quinn's statement. Professor Larry Marshall, who spearheaded innocence cases during his long tenure at Northwestern University School of Law (from which Governor Quinn, Justice Stevens, my classmate Larry, and I all received J.D.s). And the late U.S. District Judge Prentice H. Marshall, who spoke against the death penalty at a commemoration of Haymarket I attended while clerking for him years ago. One imagines each would agree with the words with which the governor concluded today:

... I firmly believe that we are taking an important step forward in our history as Illinois joins the 15 other states and many nations of the world that have abolished the death penalty. 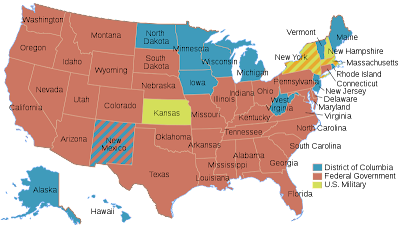