To combat insurgents and protect civilians simultaneously, governments could choose to use ground troops, which are arguably better equipped to discriminate between innocent bystanders and insurgents and their accomplices. Although militaries risk significantly higher casualties by deploying their troops rather than dropping precision bombs, this sacrifice is precisely what the logic of just war requires: that civilians not become more expendable than a country's armed forces. 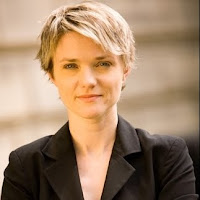 -- Dr. Charli Carpenter (left), Assistant Professor in the Department of Political Science at the University of Massachusetts-Amherst, in "Fighting the Laws of War: Protecting Civilians in Asymmetric Conflict," a review essay appearing in the current edition of Foreign Affairs. Carpenter takes issue with authors who argue, from the left and the right, that extant laws of war are insufficient to meet the challenges of contemporary military engagements.