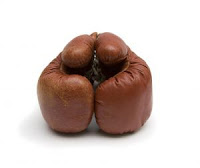 Yesterday, the Inter-American Commission on Human Rights released a 155-page Report on Immigration in the United States: Detention and Due Process. Concerned by the dramatic increase between FY 2001 and FY 2008 in the U.S. Immigration and Customs Enforcement's (ICE) detention of non-citizens, from just over 200,000 to over 375,000 detained, the IACHR decide to investigate U.S. immigration detention policies and practices to determine their compatibility with our international human rights obligations.
Based on site visits to four detention facilities and three thematic hearings on the rights of immigrants in the United States, as well as consultation with ICE officials, immigration experts, attorneys, detainees and their families, and analysis of relevant reports and research by state agencies, non-profits, and media, the IACHR focused on several areas of concern, highlighting the increasing criminalization of immigration detention and glaring failures in oversight:
While the criticisms raised in the report are not new -- indeed, faithful readers have seen nearly all of them discussed on this blog -- the precision with which they are detailed and the sheer quantity of pages of paper pack a powerful punch (and offer a comprehensive resource for anyone researching the topic of immigration detention). And of course, their presentation by a regional intergovernmental organization adds legitimacy to the NGO voices that have long been raising concerns about the treatment of detained migrants in the United States.
Will the combined voices of its neighbors (including one of our own, Dinah Shelton) help to prod domestic immigration reform in the U.S.? Predictably, though disappointingly, the Obama Administration responded to a draft of the report by reiterating that many of the sources of law cited by the IACHR in the report, including the American Declaration of the Rights and Duties of Man, do not give rise to binding obligations on the United States. The IACHR jabbed back, noting in the report that "the American Declaration is indeed an instrument that generates international obligations in the framework of the [OAS] Charter" and declaring its intention to follow up to ensure the United States' full compliance with its recommendations "within the framework of its functions and competencies." And interestingly, Spain may be in the IACHR's corner, having funded the publication of the report, though demurring as to its own views on the issue. This IntLawGrrl, for one, eagerly awaits the IACHR's next punch . . .