I spent Thursday at the rich, thought-provoking, and inspiring Applying Feminism Globally conference at the University of Baltimore School of Law (also known as the Center on Applied Feminism's Fourth Annual Feminist Legal Theory Conference). I've offered below a brief summary of each the many papers presented, and IntLawGrrls readers can look forward to guest posts by several of the speakers.
Unfortunately, I was unable to attend Wednesday's first panel, entitled Lessons from Feminists Abroad, which included IntLawGrrl Johanna Bond and guest/alumna Penelope Andrews. I did make it to the keynote presentation by Nobel-prize winning author Toni Morrison (pictured left), who at the age of eighty was electric as ever, offering her lively and provocative thoughts on global legal feminism. She explored the ways in which women's experience of harm might differ from law's focus, using as an example the character Setha, from her novel Beloved, who was more upset that her attackers took the milk from her breasts than that they raped her. Morrison also emphasized the importance of trying to view male perpetrators of sexual and gender-based violence as brothers, husbands, and sons -- in other words, of including their motivations and perspectives in discussions about how to respond to such acts.
Thursday opened with a panel entitled Global Perspectives on Women's Bodies, Health and Reprodu 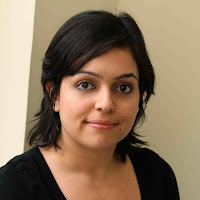 ction. Farah Diaz-Tello (pictured left) and Kathrine Jack of National Advocates for Pregnant Women presented a paper exploring the application of international human rights law to reproductive rights issues, most interestingly noting the ways in which the Inter-American Commission on Human Rights and the Convention on the Rights of the Child have been leveraged by anti-choice groups to argue against abo 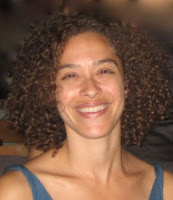 rtion rights. Seema Mohapatra of Barry University (pictured near right), who will offer a fuller discussion of her paper on th 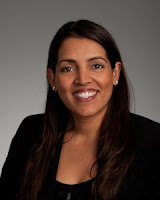 is blog, spoke on legal responses to surrogacy, using India as a case study. Brook Kelly, the HIV Human Rights Attorney at WORLD (pictured far right), discussed the human rights violations suffered by women living with HIV in the United States. She offered a case study of a woman whose abuser was able to manipulate a state law criminalizing HIV exposure and transmission to have her imprisoned on felony charges; though she has served her time, this woman has been unable to put her life back together.
The second panel, entitled Women, Work, and Socioeconomic Rights in the Global Economy, w

as equally engrossing and informative. Julie Goldscheid of CUNY (pictured far right) presented a comparative paper on the relationship between economic independence and gender violence in the United States and South Africa. Guest/alumna Lisa Pruitt of UC Davis (pictured left) and her student Marta Vanegas explored Article 14 of the Convention on the Elimination of All Forms of Discrimination Against Women and its

impact on rural women, focusing on its facilitative role in encouraging economic development and the inclusion of women in planning at all

levels. Finally, Sarah Rogerson of Baltimore Law (pictured near right) discussed the importance of the economic advancement of individual women to macroeconomic growth, and suggested ways in which international law should focus on promoting women's rights to achieve economic goals.
The third panel, Women in Combat and Conflict -- and Consequences, discussed the ways in which law regulates women's roles and lives as combatants, beyond conflict, and post-conflict. Pamela Laufer-Ukeles of the University of Dayton presented a paper entitled Cross-Dressers with Benefits, discussing laws regulating women's combat roles in Israel and the United States, and how differences in background levels of gender equality have impacted these roles on the ground. I presented my paper, Questioning Hierarchies of Harm, which discusses the ways in which international and domestic laws fail to protect refugee and internally displaced women living in camps from sexual and gender-based violence. Shana Tabak of George Washington University spoke about her paper False Dichotomies of Transitional Justice, using Colombia as a case study to explain the ways in which common conceptions of transitional justice create binary distinctions that fail to comport with the significantly more complex lives of women during conflict.
The last panel, Feminist Activism Around the World, began with a lively presentation by guest/alu

mna Fatou Kine Camara of Cheik Anta Diop University in Dakar (pictured far left), Senegal, on the ways in which Africa's matriarchal history should be lever

aged to encourage participatory governance, requiring gender parity in assemblies and governing bodies, in modern Africa. Nancy Cook of the University of Minnesota (pictured near left) discussed the gap between the truth found by our judicial systems and the truth experienced by those who participate in that system, and offered narrative acts of witness as a potential solution. Holly Maguigan of NYU (pictured middle right) and Shamita Das Dasgupta of Manavi (pictured near right ) asked whether reliance on criminal intervention has utility in the domestic violence context, a

more successful responses to domestic violence. Finally, Deborah Weissman of the University of North Carolina (pictured far right) explored the ways in which Cuban feminists, given their national history and role in the global order, were able to leverage the politics of human rights to alter the status quo without posing a threat to the Cuban nation.
I'm still chewing through the many implications of the day's presentations, and look forward to sharing guest posts on several of these papers with readers in the near future!
by Jaya Ramji-Nogales at 6:16 AM