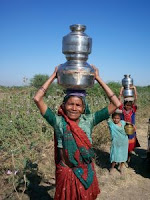 (We are delighted to welcome back alumna Lisa R. Pruitt, who today joins us as a permanent IntLawGrrls voice. We look forward to future posts from Lisa on legal ruralism and CEDAW, among other topics!)

A couple of years ago, I had the pleasure of writing this guest post for IntLawGrrls about my first article regarding CEDAW’s Article 14 and the rights it enumerates for rural women. Since then, I have published a second essay about Article 14, this one called Deconstructing CEDAW’s Article 14: Naming and Explaining Rural Difference.
In this second piece, which has recently been published by the William & Mary Journal of Women and the Law in a symposium issue on women in international law, I examine the Convention’s Travaux Préparatoires to better understand the forces and considerations that led to the inclusion of Article 14 and its recognition of rural people and places. I also assess Article 14’s particular mandates in light of both that drafting history and CEDAW’s other provisions, and I consider the assumptions implicit in the Convention’s embrace of rural exceptionalism.
In addition, I offer some thoughts on the expressive significance of the particular rights accorded to rural women, as well as of the explicit acknowledgment of this group – and, by extension, rural populations in their entirety – in this widely ratified treaty. I thus discuss what CEDAW implies about the character of rurality and rural-urban difference, and I consider how CEDAW has influenced subsequent human rights treaties’ handling of rural difference.
Finally, I argue that CEDAW provides a framework for spatial equality, in addition to the more obvious and comprehensive one for gender equality. This essay therefore fills a void in the legal scholarship on CEDAW, which often mentions Article 14 in inventories of the Convention’s provisions, but which has largely ignored both its meaning and significance—particularly for the half of the world’s population who live in rural places, most of them in the developing world.