Expressive case selection at the ICC 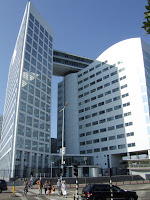 (Delighted to welcome back alumna Margaret deGuzman, who contributes this guest post)

My draft article, Choosing to Prosecute: Expressive Selection at the International Criminal Court, tackles what I believe to be the most important challenge facing the ICC: how to allocate its extremely scarce resources.
The ICC has the mandate to “end impunity” for serious international crimes around the world but the resources to prosecute only a handful of cases each year. Unlike national courts, which are expected to prosecute most serious crimes in their jurisdictions, the ICC’s legitimacy is closely tied to perceptions of relevant audiences that it is choosing to prosecute the “right” crimes and the “right” defendants. Audiences who believe that the Court’s prosecutor, and to a lesser extent its judges, are focusing on the “wrong” cases tend therefore to challenge the legitimacy of the institution itself. Such challenges have been discouragingly common recently with African voices in particular speaking out against the ICC and one state – Kenya – threatening to withdraw from the regime.
The debate in academic and advocacy circles about how the ICC should select cases for prosecution currently centers on the role politics plays and should play in such decisions. Critics

charge that the ICC operates as a tool of powerful states, while the Court’s Prosecutor, Luis Moreno-Ocampo (right), claims that his decisions are apolitical. Some scholars argue for greater recognition of the inevitable influence of politics on selection decisions, while others advocate selection procedures they believe will insulate the Court from such influence. Those who focus on process, including Moreno-Ocampo, suggest that selection decisions can enhance the Court’s legitimacy if they adhere to recognized principles of good process such as independence, impartiality, objectivity, and transparency. In particular, Moreno-Ocampo and others claim that cases can be selected according to an objective analysis of their relative gravity.
This focus on politics and process has obscured what I believe to be the chief threat to the ICC’s legitimacy: the absence of generally accepted goals and priorities for the institution’s work.
My article therefore seeks to reframe the debate about prosecutorial and judicial selection discretion at the ICC. The article demonstrates that the ICC’s selectivity threatens its legitimacy not merely because of the potential for improper political influence, but more centrally because the international community failed to endow the institution with clear objectives to guide its actions. To enhance the Court’s legitimacy, therefore, its supporters must engage in a constructive dialogue about the institution’s role in the global legal order.
In additional to highlighting the inadequate theoretical underpinnings of the Court’s work, the article proposes that the ICC adopt an expressive approach to selecting situations and cases to investigate and prosecute.
I do not dismiss the other dominant philosophies of international criminal law: retribution, deterrence, and restorative justice. Rather, I accept that each of these may help to justify particular prosecutions under particular circumstances.
At the same time, I argue that the primary basis for selecting one case or situation over another should not be the relative desert of perpetrators, which is extremely hard to measure, or the prospects for deterrence, which are virtually unknowable, or even the extent to which different individuals or communities are in need of restoration.
Rather, the best use of the ICC’s very limited resources is to focus on situations and cases that maximize the ICC’s expression of global norms. Such expression provides the best hope of contributing to crime prevention, not by deterring potential criminals, but by transforming the normative framework in which decision-makers operate.
My expressive prescription raises questions about what global norms the ICC should seek to express and in what order of priority – questions to which there are no clear answers, just as there is no international consensus about the goals of the Court more broadly. Nonetheless, I argue that by focusing explicitly on an expressive agenda, ICC selection decision makers can stimulate a dialogic process where norms are expressed, feedback received and, ideally, consensus builds over time.
To some extent this is already happening. When the ICC has pursued cases involving child soldiers or crimes against peacekeeper or election-related violence, it has sent a message that 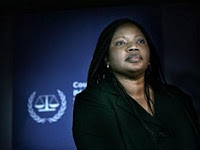 members of the international community – or at least the parties to the Rome Statute – feel strongly about condemning and preventing those types of crimes. In fact, as I posted, in a recent address at the American Society of International Law annual meeting, ICC Deputy Prosecutor Fatou Bensouda (left) highlighted this messaging function of the Court.
In my view, this focus on norm expression should be more explicitly adopted as a selection strategy, replacing the current pretense that selections are made based on objective assessments of relative gravity or the consistent application of other criteria.
An expressive agenda has at least the potential to enhance the ICC’s legitimacy by highlighting the value choices that undergird the Court’s selection decisions, inviting relevant audiences to react, and permitting the Court to adjust its choices to reflect the values of its constitutive communities.
The article is in draft form, and I welcome comments!

by Margaret deGuzman at 6:30 AM