This award has been made possible through the generosity of Katharine & George Alexander to bring recognition to lawyers who have used their legal careers to help alleviate injustice and inequity. The hope is that recognition of such individuals will improve the image of lawyers around the world. 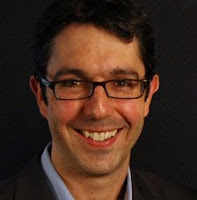 Justice Program. He is known for pioneering new approaches to human rights protection and has advised countries around the world on how to facilitate transitions to peace and democracy following periods of mass atrocity and human rights abuse.

From 1995-1998, Mr. van Zyl, a South African, served as the Executive Secretary of South Africa’s Truth and Reconciliation Commission, which was charged with investigating Apartheid-era crimes. He helped to establish the commission, develop its structure and modus operandi, and manage its operations.

The award ceremony will include a talk by van Zyl and will be held at 7:30 p.m. in the Music and Dance Recital Hall at Santa Clara University. Details here.
by Beth Van Schaack at 2:21 PM