Rape Claimant and the Veil: A Case for the Supreme Court of Canada

(Delighted to welcome back alumna Doris Buss, who contributes this guest post) 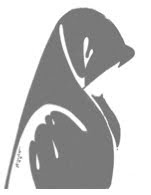 The Supreme Court of Canada recently agreed to hear the appeal in a case involving a niqab-wearing woman who is the sexual assault claimant in a criminal case against two male defendants.
N.S., the claimant, wears a niqab, a veil covering the face but not eyes. Now an adult, N.S. claims the two defendants, one a family member, the other a family friend, sexual assaulted her as a child. At the preliminary inquiry, the defendants insisted the claimant remove her niqab while testifying so they could assess her demeanor as part of their defence.
The preliminary inquiry judge agreed, and ordered N.S. to remove her niqab while testifying. She refused and the matter was brought to the Ontario Court of Appeal, which overruled the preliminary trial order that she remove her niqab, but sent the matter back to the preliminary judge for a reconsideration. N.S. requested and has now been granted leave to appeal to the Supreme Court of Canada.
The case of N.S. is generally depicted as pitting freedom of religion against the rights of defendants in criminal trials. At least one of the interveners – Women’s Legal Education and Action Fund – has argued otherwise. LEAF, which intervened at the Ontario Court of Appeal and will likely apply to intervene at the Supreme Court, has argued this case raises issues about access to justice for religiously observant women, and should be seen in the context of tactics that revictimize sexual assault complainants. Ordering a woman to remove her veil, LEAF suggests, is an attempt to “humiliate and intimidate” and “diminish and beat down” the complainant at trial.