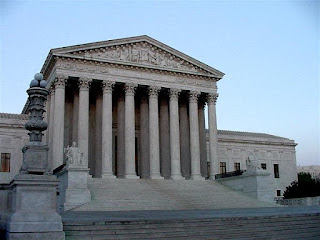 uently delegated the mens rea issue to domestic law or to development by courts. The article thus discusses and criticizes the recent decision in Kiobel v. Royal Dutch Petroleum Co., in which, as IntLawGrrls have discussed in posts available here, a panel of the U.S. Court of Appeals for the Second Circuit held that corporations could not be held liable under the Alien Tort Statute. In February, rehearing en banc was denied; however, as discussed here, a second petition for rehearing has now been filed.
Finally, the article argues that courts need to avoid potential violations of international law and that – here my argument runs counter to that of human rights activists and many academics – prescriptive jurisdiction limitations fully apply in Alien Tort Statute cases, and constrain the types of claims and cases that can go forward.

I have studied philosophy, I take master in International Law in the Netherlands, and have a question about U.S. law, related to the Alien Tort Statute. Today a Dutch professor of international criminal law was quoted in the paper that the relatives of Osama bin Laden could start a civil procedure in the U.S. courts against the U.S. government. To me this statement seems patently false. I believe that the ‘political question doctrine’ would prevent U.S. courts to accept such a case. Could you please enlighten me on this? Is it indeed possible for the bin Ladens to sue the American government in U.S. courts?

Many thanks in advance.