IntLawGrrls on the move

In addition to my own move to the University of Georgia School of Law, detailed in the post above, many IntLawGrrls also are marking transitions this year.
Here's a roundup:

► Bernadette Atuahene (left) will be going to Princeton to do a Law and Public Affairs fellowship. Other IntLawGrrls' guests/alumnae who've been so honored over the years: Jeannine Bell, Mary L. Dudziak, Fionnuala Ní Aoláin, and Diane Orentlicher.

► Susan A. Bandes (right) will be leaving DePaul Law School and taking a position as Professor of Law and Dean's Distinguished Scholar at the University of Miami Law School, beginning August 1.

►My California-Davis colleague Andrea K. Bjorklund (left) has been named Director of Studies of the American Branch of the International Law Association. Other IntLawGrrls serving as ABILA officers include: President Ruth Wedgwood and Vice Presidents Valerie Epps and Leila Nadya Sadat. 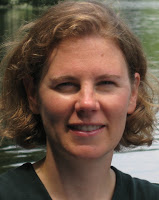 ► Elizabeth Burleson (left) will joining the faculty of Pace Law School, in White Plains, New York, as an Associate Professor of Law.

► Cindy Galway Buys (left) will be promoted from Associate Professor to Professor of Law in June. She will remain as the Director of International Law Programs at Southern Illinois University School of Law in Carbondale.

► Naomi Cahn (right) looks forward to the September publication by Oxford University Press of On the Frontlines: Gender and Post Conflict Reconstruction (prior post), which she co-authored along with IntLawGrrls Dina Francesca Haynes and Fionnuala Ní Aoláin.

► On July 1, Janine Clark (right) will start a new job as a Lecturer in International Relations at the University of Sheffield, one of Britain's top universities in that field.

► In August Nancy Amoury Combs (left) will become Vice Dean of William and Mary Law School, where she is a Professor of Law.

► Earlier this month Connie de la Vega (right) received the University of San Francisco Sarlo Prize, which "recognizes excellence in teaching based upon the moral values that lie at the foundation of USF's identity." It is given to "a proven, effective full-time faculty member who through his/her teaching exemplifies the ethical principles which inform the University's Vision, Mission and Values."

► Just published is the latest English-language article by Mireille Delmas-Marty (left). Entitled "10 x 10," this response to the editors' request to select the 10 most important works which have shaped her intellectual persona," appears in volume 8(3) of I*CON, the International Journal of Constitutional Law. 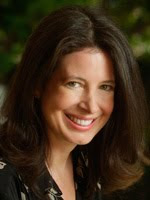 ► Gay McDougall (left) received the Goler T. Butcher Medal, for "for outstanding contributions to the development or effective realization of international human rights law," at the ASIL Annual Meeting in March.

► Fionnuala Ní Aoláin (right) will be on leave in the fall of 2011, taking up a Research Fellowship at the Institute of Advanced Studies at the Hebrew University of Jerusalem, where she'll be working on issues of gender and international criminal law. The research is also supported by an award by the British Academy. Fionnuala's co-authored book news is described in the Naomi Cahn entry above. 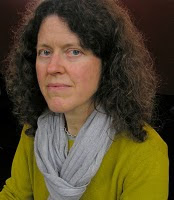 ► This summer Cymie Payne (left) will join Rutgers University at New Brunswick as Assistant Professor and Associate Faculty with the Rutgers law school at Camden. She'll be teaching environmental law and advanced topics in international and environmental law. Along with Dr. Chiara Georgetti, an attorney at White & Case in Washington, and my new Georgia Law colleague Harlan G. Cohen, Cymie is co-chairing the Planning Committee for the 2012 ASIL Annual Meeting. 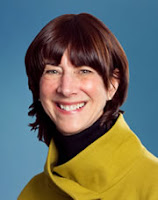 ► ASIL Immediate Past President Lucy Reed (right) received the annual WILIG Award, bestowed on her by the Women in International Law Interest Group during the ASIL Annual Meeting in March. As all present will remember (video here), Lucy gave a funny and inspiring talk on her adventures as a U.S. State Department official engaged in negotiations with counterparts from Iran and North Korea. Also this year, Lucy was elected to the Board of the International Senior Lawyers Project, a pro bono organization, and also to the Court of the London International Court of Arbitration. And she's proud to report that her oldest child, Madeleine, graduated from Bates College with a degree in Classics.

► Naomi Roht-Arriaza (left) is on leave from UC Hastings College of Law, working as a Democracy Fellow with the Democracy and Governance office of USAID in Washington, D.C. Her work includes human rights and transitional justice. In January, Naomi will move to Botswana as a Fulbright Scholar, to teach at the University of Botswana and do research on customary law. She'll be back at Hastings in Fall 2012.

► M.C. Sungaila (right) joined the Orange County, California, office of Snell & Wilmer as a partner in the appellate group. Shortly afterward, OC Metro business magazine named her one of the country's 'Top 20 Women to Watch," in part on account of her human rights work, and The National Law Journal named her Appellate Lawyer of the Week for the amicus brief in Dukes v. WalMart that she filed with the U.S. Supreme Court. In June, Coastline Community College Foundation will honor her with a Visionary of the Year award, given to outstanding leaders who have demonstrated a passion and support for education. M.C. looks forward to continuing to contribute on efforts like the human-trafficking litigation being brought by the World Organization for Human Rights USA.

► Earlier this school year, Beth Van Schaack (left) was appointed to the Advisory Council on International Law of the U.S. Department of State.

► In April, Judge Patricia M. Wald (right) received the 2011 Constitutional Champion Award from The Constitution Project, a Washington, D.C.-based nongovernmental organization. Pat's speech on that occasion is available here. A video about her and her family, prepared for the event, is here, and here's a video of Pat discussing overincarceration in the United States. In March, Albany Law School in New York gave Pat the inaugural Miriam M. Netter Award "for her lifelong commitment to actively seeking change and expanding opportunities for women." "Women and International Criminal Law," a special edition of the International Criminal Law Review that's dedicated to Judge Wald and features essays by many IntLawGrrls, will appear in print later this year.

► The new film by Pamela Yates (left), Granito: How to Nail a Dictator, had its world premiere at the Sundance Film Festival and will be featured on the opening night, June 17, of the Human Rights Watch Film Festival in New York. The film tells the story of the Guatemalan genocide case being heard in the Spanish National Court, including how Yates' documentary film made in 1982 becomes forensic evidence in the case. Among those on the legal team on which Granito focuses were Almudena Bernabeu of the Center for Justice & Accountability and IntLawGrrl Naomi Roht-Arriaza.

Heartfelt congratulations to all!