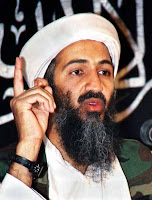 I am sure that I cannot have been alone in being somewhat shocked, although not saddened, on Sunday morning last having heard the news headlines announce that Osama bin Laden had been killed by the United States in his home in Pakistan. So many parts of the killing of Osama bin Laden throw up questions of moral and legal significance, as well as of geo political significance, that the human rights and international law blogs have been abuzz with debate over the past few days. Central to these discussions and debates has been the question of whether it is or was legal to kill Osama bin Laden and, in my view, Beth gave the definitive overview of the applicable US and international law in this regard here; other IntLawGrrls posts available here. Rather than rehash the debates around legality here, I want to pick up on one remarkable and repeated theme in President Obama’s short announcement address from May 1st: the doing of “justice”. The word ‘justice’ appears five times in these remarks, including in a paragraph that is sure to become one of the iconic messages of the ‘War on Terror’:

So Americans understand the costs of war. Yet as a country, we will never tolerate our security being threatened, nor stand idly by when our people have been killed. We will be relentless in defense of our citizens and our friends and allies. We will be true to the values that make us who we are. And on nights like this one, we can say to those families who have lost loved ones to al Qaeda’s terror: Justice has been done.

However, since Sunday morning the argument has emerged that Osama bin Laden ought to have been captured and tried for his alleged crimes, rather than killed; assassination, it is said, is not ‘justice’. In this post I want to explore this question a little more, taking into account the real and substantial tensions and pressures that exert themselves in situations where—as the United States did on Sunday morning—a country finds itself acting in a context where the so-called ‘tragedy of democracy’ is at its height.
The idea of doing justice by killing someone is, in some ways, a biblical and brutal conceptualisation of the idea of ‘justice’; it is an approach that puts one in mind of Gandhi’s famous observation that “an eye for an eye makes the whole world go blind”. The debates around the use of killing as a means of doing justice resonate, of course, with long-standing debates about the use of capital punishment; the infliction by the state of lethal force in a manner that we have sanitised by the use of trial processes (that are not always, we know, done in the fullest sense of due process) and painless concoctions of lethal drugs, but which in the end of the day remains an act of killing by a state onto an individual. Killing in war is not done after an analogous trial process; neither is it (generally) done painlessly. But killing in war—in battles, or through air strikes, for example—is rarely represented as being an act through which justice is done. It is a mechanism of war, a soldiering risk and reality but it is not the doing of justice. Even in war, we consider the doing of justice to be something that happens within a process that is—to at least some extent—judicialised and encompasses basic principles of legal representation, legal certainty etc. whether through a military commission, an international and ad hoc court, a permanent international court, or ‘regular’ domestic international courts. And so the use by President Obama of the idea of ‘justice’ in his announcement that Osama bin Laden had been killed is in some ways troubling; it is an invocation of the concept of justice in a manner that equates justice with retribution, perhaps even with ‘just desserts’ but not with processes that we normally equate with the doing of justice in a manner that is itself just, equitable, value-laden and constitutionalist.
Is this to suggest that Osama bin Laden ought to have been arrested and tried in either a military commission or a regular court? I don’t think that it is, for it seems to me an unavoidable reality that any such trial would have been almost impossible in practice. First of all one would have to question whether there was any possibility whatsoever of Osama bin Laden receiving what we might consider a fair trial: could an unbiased jury be found? What evidence could or would be disclosed to bin Laden for the purposes of discovery bearing in mind the presumed intense sensitivity of the information itself and the sources from which it emanated (including the means of getting the evidence)? What would be the burden of proof? Would evidence acquired from foreign governments or, indeed, the United States itself that is tainted with illegality be admitted and if it were what impact would that have on the longer-term integrity of due process and fair trial rights? And beyond these questions there were and are real and substantial practical questions that no state can reasonably ignore in such circumstances; questions of security, in particular. How could a trial venue be reasonably kept safe and secure if the person on trial were Osama bin Laden and the trial itself was—as it surely would have been—a magnet for multiple attempted acts of extremism either genuine and organised, or impulsive and amateur?
These might at first seem like trivial concerns when weighed against the substantial and important concern with fairness, equitability, the maintenance of legal principles, constitutionalism and human rights. Seen against this great weight of the need to do justice in the conventional sense of the concept and of the need to try to reconstitute a rule of law based approach to counter-terrorism, these kinds of practical concerns around a trial of bin Laden might be thought best ignored and overcome. And perhaps they might be overcome with imagination and ingenuity and time and dispassion but one finds it difficult to apprehend a situation where those virtues would be at the ready disposition of the United States in relation to this particular potential defendant. It may the case that, regrettably, the killing of bin Laden rather than his capture and trial was the only prudent and pragmatic approach that could have been taken. It would appear that the order was to capture bin Laden alive if possible. Whether that was the primary intention or not in operational terms will, one suspects, never really be clear but the nature of the security and procedural nightmare that capture would have ushered in cannot be set aside as something that reasonable people need not pay any attention to in judging the operation.
Talk of the doing of justice here is misplaced: there is no justice in killing, either after a full judicialised process (through capital punishment), on the battlefield per se, or through assassination. We ought, perhaps, instead to say that what was done in a mansion in Abbottabad on Saturday night/Sunday morning was all that could reasonably be done bearing in mind the turgid mess of pragmatism, practicality and politics that the ‘War on Terrorism’ has become; a statement that is itself an indictment of the terrible mismanagement of the past ten years.

Cross posted at Human Rights in Ireland
by Fiona de Londras at 1:27 AM