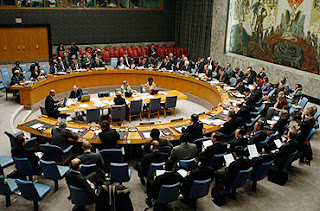 As a follow up to our "breaking news" of yesterday, it is worth returning to the issue of the tribunals' Completion Strategies.
In December 2010, with Resolution 1966 (Russia abstaining), the Security Council acting under Chapter VII created a residual mechanism to aid in the implementation of the Completion Strategies of the ICTY and the ICTR previously mandated by its Resolutions 1503 (2003) and 1534 (2004). The International Residual Mechanism for Criminal Tribunals (IRMCT) is meant to be a lean and efficient structure that will carry out the essential functions of the two ad hoc Tribunals after their closure. These functions will naturally include the trial of previously indicted fugitives who are among the most senior leaders suspected of being responsible for international crimes. Although the IRMCT will not be able to issue new indictments for international crimes, it will take on the responsibility of prosecuting charges involving alleged interference with the administration of justice (e.g., intimidation of witnesses), contempt, and perjury that arise during the remaining cases.
The Mechanism will return to a single prosecutor (originally the case with respect to the ICTR and ICTY), with a deputy in charge of each of the two branches. As needed, the President of the IRMCT will appoint judges off a standing list prepared by the General Assembly to preside over trials and appeals. Judges will be paid only when they are in service. The Rwandan branch will commence its operations on July 1, 2012; its ICTY counterpart will commence a year later. The IRMCT may be in place for many years, as it will also deal with repatriation/relocation issues that arise with respect to individuals who are acquitted or who have served their sentences.
With the arrest of Ratko Mladić (see here), almost all ICTY/ICTR indictees are now in custody. There is one high-level ICTY indictee still at large (Goran Hadžić) along with 10 ICTR indictees, the most important of which is probably Félicien Kabuga (right), who is accused of financing the 1

994 genocide and is alleged to be hiding in Kenya. The IRMCT by Article 6 of its Statute can prosecute individuals not determined to be senior leaders only after it has exhausted all reasonable efforts to refer the case to a national jurisdiction (such as the nationality or territorial state). This division of labor parallels the system created by Rule 11bis of the ICTY/R Statutes.
Because Mladić was captured prior to the IRMCT's activation, he will probably be prosecuted by the ICTY itself. It is anticipated that all the other ICTY trials will be completed by 2012, except that of Radovan Karadžić, which will conclude in 2013. As a result, any appeals in the latter's case, which are anticipated, will be dealt with by the IRMCT's Appeals Chamber.
For more information, see here, here, and here.