The United States' top advocate before the Supreme Court has, as he put it, 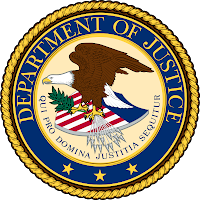 made a "Confession of Error" respecting his office's long-ago support of a detention policy.
In a Friday post on the blog of the Department of Justice, Neal Katyal, Acting Solicitor General since May 17 of last year, praised the roles that his predecessors played "in advancing civil rights." Katyal then continued:

But it is also important to remember the mistakes.

The mistake he had in mind:

the Solicitor General’s defense of the forced relocation and internment of Japanese-American during World War II.

the Solicitor General had learned of a key intelligence report that undermined the rationale behind the internment. The Ringle Report, from the Office of Naval Intelligence, found that only a small percentage of Japanese Americans posed a potential security threat, and that the most dangerous were already known or in custody.

But the Solicitor General did not inform the Court of the report, despite warnings from Department of Justice attorneys that failing to alert the Court 'might approximate the suppression of evidence.' Instead, he argued that it was impossible to segregate loyal Japanese Americans from disloyal ones. Nor did he inform the Court that a key set of allegations used to justify the internment, that Japanese Americans were using radio transmitters to communicate with enemy submarines off the West Coast, had been discredited by the FBI and FCC. And to make matters worse, he relied on gross generalizations about Japanese Americans, such as that they were disloyal and motivated by 'racial solidarity.'

Acting Solicitor General Katyal noted that "it took nearly a half century for courts to overturn" the mid-1940s upholding of convictions against two U.S. born young men, Gordon Hirabayashi and the litigant in a subsequent case, Fred Korematsu (prior posts). Katyal stressed one such court's laying of blame on the office that Katyal now holds:

Though the convictions have been set aside, the balancing of individual security and national security that the Court established in the 2 cases has not been overruled. Katyal, who'd represented Salim Ahmed Hamdan in challenging trial at Guantánamo, said of the lingering precedents in Hirabayashi and Korematsu:

[T]hose decisions still stand today as a reminder of the mistakes of that era.

our Office takes this history as an important reminder that the 'special credence' the Solicitor General enjoys before the Supreme Court requires great responsibility and a duty of absolute candor in our representations to the Court.

From the standpoint of transitional justice, Katyal's statement constitutes an admission of wrongdoing by one of many responsible governmental entities. It joins:
►Proclamation 4417, Confirming the Termination of the Executive Order Authorizing Japanese-American Internment During World War II (1976), in which President Gerald R. Ford declared

not only was that evacuation wrong, but Japanese-Americans were and are loyal Americans.

► The Civil Liberties Act passed by Congress and signed by President Ronald Reagan in 1988. The statute, which accorded each internee about $20,000 in reparations, began with these words:

The Congress recognizes that, as described in the Commission on Wartime Relocation and Internment of Civilians, a grave injustice was done to both citizens and permanent residents of Japanese ancestry by the evacuation, relocation, and internment of civilians during World War II.

Yesterday, "[m]aking it eight in a row, the Court turn[ed] down the last of the Guantanamo Bay appeals it had considered this Term," as SCOTUSblog's Lyle Denniston wrote. The Office of the Solicitor General (with Katyal recusing himself) argued against the cert. petition filed by former child soldier Omar Khadr. The Office -- which is likely soon to be headed by nominee Donald Verilli -- had done the same in the 7 cases that preceded Khadr v. Obama.

(credit top right image of DOJ seal; credit for May 1942 photo above left, made by Dorothea Lange for the War Relocation Authority of the U.S.Department of the Interior, of Mochida family members as they awaited government-ordered transfer from their home in California; credit for bottom right photo of Camp Delta detention center at Guantánamo; hat tip to Kevin R. Johnson, whose ImmigrationProf blog post on this issue is here)

I’m skeptical that Neil Katyal’s statement is based on enough research or on judgment that is fair to Charles Fahy’s time, place, actual information, opinions and actual conduct. I know that the statement is far from a full picture of Fahy’s life and good (great) work, including in getting 1940-41 military aid to Great Britain when it stood alone against Hitler, as Solicitor General for four years, in post-war Germany, at Nuremberg, at the United Nations, at the State Department, in desegregating the U.S. military, on the D.C. Circuit, etc. Your last paragraph, and what we know of today’s complexities, perhaps should counsel against making quick, conclusory, self-satisfying condemnations of past officials.

Indeed, John. One would have hoped for a more complete inquiry from the SG's office -- an inquiry, moreover, that would have been published in a manner and format rather more formal than a blog post that it seems no one noticed for several days.