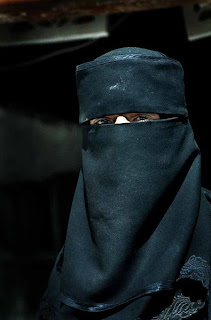 (Delighted to welcome back alumna Bonita Meyersfeld, who contributes this guest post regarding a subject on which she's also published an op-ed in South Africa's Mail and Guarding newspaper)

In the middle of last month France introduced legislation banning the wearing in public of face-concealing veils, such as the niqab or burka. Women violating this ban can be stopped by police and given a nominal, but symbolically powerful, fine. People forcing women to wear a veil are subject to a higher fine. (Prior posts on this issue, by IntLawGrrls Naomi Norberg, Siobhán Mullaly, and Beth Van Schaack, are here, here, here, and here.)
This was a sad day, not only for freedom of religion but for equality. Why is this so?
This law is rooted in the longstanding French policy of cultural integration and the pursuit of a uniform French identity.
In truth, the ambition of cultural integration has been more a project of cultural imposition, where the dominant French identity (white, European and Christian) has become the gold standard for all communities living in France. The Paris riots that have beset Parisian communities of African dissent, at the very least, are a tell-tale sign that this cultural integration project is not going terribly well. The reason for this is that the cultural integration project is not about cultural integration as much as it is about the thinly veiled (pun intended) imposition of French (read: European) culture, over foreign (read: African and Arabic) cultures.
This new legislation is also embedded in French insistence that it is a secular society.
This claim is disquieting, insincere and a deep insult to immigrant communities in France. Does France not celebrate Christmas, declaring 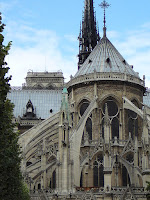 this a public holiday? And Easter? Does France not put the famous churches, the Sacré-Coeur and Notre Dame (right), at the forefront of its list of treasures, as emblematic of its national identity?
So in short, this law, like the project in which it is imbedded, is not about secularity or the separation of church and state but about cultural uniformity, the rejection of difference and, if we’re honest, a deep discomfort with Islam. (credit for photo at right; credit for above left photo of niqab-wearing woman in Yemen; credit for image bottom left)
Many – including many French authorities – would recoil in horror and reject this argument.
No No, they insist, we ban all overt external signs of religion. In truth, this criterion affects only Muslims and Sikhs, and to a limited degree, Jews. Members of the Christian faith have no religious doctrinal requirement that they wear specific icons or clothing. A small, discrete cross is perfectly acceptable under the new law. In other words, the new law interestingly affects predominantly and disproportionately one religious group only: Muslims.
And what about the Jewish community? The French Jewish community is reportedly one of the least visible Jewish communities in Western Europe. They have learnt to fall below the radar and, where necessary, ‘cover’ their identity.
Which brings us back to the veil.
The French also claim that the law is a feminist initiative, enabling the liberation of women in Muslim communities. Let me be clear: every community, including Muslim communities, have practices that discriminate against women and it is not only appropriate, but a legal requirement under international law that states legislate to ensure that women and men enjoy equality. One of the key features of the women’s rights movement is to ensure that women’s health, well-being, potential and ambitions are not thwarted by the practices of the state, our cultures, our communities or our families – that true equality and meaningful equivalency must become a reality for all women.
But banning the veil does not achieve this.
The consequence of the ban is simple. According to this law, Muslim women in France who wear the veil, either because they choose to do so or because they are forced to do so, may not appear in public without incurring a fine. (But see here.) The law as written is extremely dangerous for women and a blow for immigrant women’s rights, including the right to a dignified existence, the right to health and safety, the right to work and the right to engage in society. It is true that women who wear the burka or niqab are often forced to do so and this is a serious violation of an individual’s autonomy and liberty.
There is also a burning question about how much choice is truly exercised by women who wear face-covering veils. There is a deep feminist concern about the imperative that women, their bodies, and their identities should be covered where their male counterparts are free to expose their faces. Banning the presence of face-covering veils in public, however, is not fit for the purpose of liberating oppressed women and will only exacerbate women’s subjugation in the home. If this subjugation is accompanied by domestic violence, as is the plight for so many women in the world, this ban now further impedes women from accessing help when they need it.
Women’s rights to choose, to be equal, and to flourish in their communities, are not only philosophical ambitions; they exist, quite practically, to ensure that women are informed of their human rights and are able to obtain assistance from the state in cases of discrimination and family or intimate violence.
For some women, the growing European opposition to the veil has generated a form of feminist liberation.
Many Muslim women in France (and other European countries) are wearing the veil as a political statement, as a statement of express choice that they wish to have the right to choose to comply with their religious strictures to wear the veil – or not. And this is at the heart of the French contradiction.
Just as there are some communities that discriminate against women and deny women true choice (and this is by no means limited to Islamic communities), the French state has similarly denied women the choice of wearing face covering veils. And if the French ambition is to mitigate violence within extremist Muslim communities, which is extremely important and necessary, I do not see how impeding a small sect of potentially vulnerable women from entering publicly into society will achieve this.
As we see individual women in France being fined and charged for defying the ban, perhaps we should consider the following:
► If the French endeavour is in the attainment of homogeneity that mitigates communal conflict, then perhaps France should focus on laws and policies that empower rather than impede women’s rights.
► If not, then the ban should be revealed for what it is: a thinly veiled attempt to inform Muslim communities globally that they are not welcome within French borders. 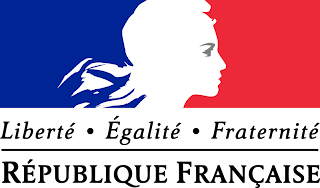 In the meantime, I fear that the pursuit of equality between women and men in France has been impeded.
Liberty, Equality, Fraternity have never rung so hollow.
by Bonita Meyersfeld at 7:00 AM

Thanks for this post, Bonita. The financial consequences for women are another feature of the new law. The woman detained outside of Paris in April for wearing a niqab has been fined 150 euros (story in The Guardian here).

This is a nice opinion piece but only because it falls considerably short of addressing the difficult issues.

Societies regulate what is appropriate to wear (or not wear) in public. It culturally represive/uniform to not allow nudism in public, or various attires meant to exhault private parts, but done it is despite this being the norm in different places and cultures. There are also good arguments about not allowing fur garments.

There is a rational argument against people having their faces always covered in public. People may individually be comfortable with such practices, but the reality is that it's not unreasonable to limit it.

The restriction on clothing is an issue because the garb in question purports to be needed for religious observance, with dubious historical support. The fact that something should be allowed because it's religious is, i must admit, plainly puzzling and offensive to me. There are uncountably many abhorent religious practices--not just in the "big" ones, consider that anyone may have have their own divine revelation. A serious argument must rest on something more, and if it does it might as well bypass any appeal to religion as unneccessary.

I have to note that as a rule religions have a disproportionate (negative) impact on women. Arguments from religion, and all the more so for religious practice, ought to be wholly illegitimate.