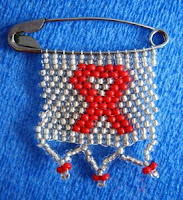 Though much effort has been expended to protect female sex workers in Africa from HIV exposure, the same cannot be said for male sex workers in the region. The stigma that continues to attach to homosexuality in many African countries drives many male sex workers deep underground, leaving this group particularly vulnerable to HIV and other STDs. Researchers from the United Nations Development Program and the South African NGO SWEAT, in conjunction with the African Sex Worker Alliance, aim to change this state of affairs with the release of their new report on the situation of male sex workers in Kenya, Namibia, South Africa, Uganda, and Zimbabwe.
Beyond basic assessments of barriers to care and inclusion in current HIV prevention and rights advocacy strategies for female sex workers, the report suggests that male sex workers need specifically targeted social support, health education, and HIV prevention programs. Though the research highlights the particular needs of transgender sex workers, it does not focus on this group, and suggests this as one of many areas for future study. The study relies on a qualitative or narrative methodology, with data drawn from discussions with two sets focus groups, one with activists and advocates from all five countries and another with male sex workers in Kenya and Namibia.
The stories of these male sex workers tell of a life of exclusion and marginalization in cultures hostile to homosexuality. For many, sex work started as a means of survival when they realized they were gay and were either rejected by or moved away from their families. For most, however, sex work did not lead to financial security, but provided just enough money to live on and pay rent without the ability to save. Many reported unsafe sex, at times by force, at times because clients were willing to pay more money for sex without a condom. In seeking support, the male sex workers who participated in the study said that they were often excluded from efforts to assist female sex workers and 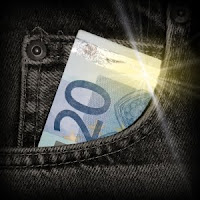 even from LGBTI movements. For many, sex work offers an identity and a sense of belonging to a specific sub-culture.
The report also catalogues the very limited studies of African male sex workers that have been performed to date, largely in Kenya. This research found that many young male sex workers did not consider themselves at risk of contracting HIV and other STDs. Those who did were inclined to self-treat because of prejudice on the part of health care providers. This bias is further detailed in the UNDP/SWEAT report, including refusal by health providers to treat male sex workers and little effort to maintain private health information such as HIV status. The Kenyan studies also found that male sex workers were disinclined to report sexual abuse or violence because of prejudice on the part of police. Again, respondents in the the UNDP/SWEAT study reported significant violence, often sexual and unprotected, perpetrated by police officers.
The health risks for male sex workers created by their exclusion from HIV prevention programs are obvious and significant. But these dangers extend throughout society. Without protecting these men, any effort to protect female sex workers and others from contracting HIV appear doomed. Respondents reported that male sex workers often work with truck drivers, many of whom also have sex with female sex workers and presumably their wives in their home villages. One respondent told the story of a male sex worker who sells sex in a port town but lives as a heterosexually married man in his home village. Other male sex workers reported that it can be difficult to tell their intimate partners about their sex work and thus to get them to use condoms. Including male sex workers in HIV prevention efforts in Africa is not only the right thing to do, but also vital to sound public health policy.